UP MUSEUMS LOAN TO RUPERT MUSEUM FACES AND FIGURES EXHIBITION

The exhibition Faces and Figures: Selected 20th Century South African Artists explores the work of renowned South African artists such as Gerard Bhengu (1910-1990), Irma Stern (1894-1966), George Pemba (1912-2001), Maggie Laubser (1886-1973), Gerard Sekoto (1913-1993) and Moses Kottler (1896-1977). The exhibited works are created by some the most prominent South African artists of the 20th century, and which also contributed to the genre of Modern Art within South Africa. This exhibition furthermore explores the relationships between the artist and its sitter and how the artist’s define and express the human figure through art. Artworks in various mediums from the Rupert Museum’s permanent collection with the University of Pretoria Museums’ temporary loan of the sculpture Sidwane Tokozile are showcased in this exhibition. 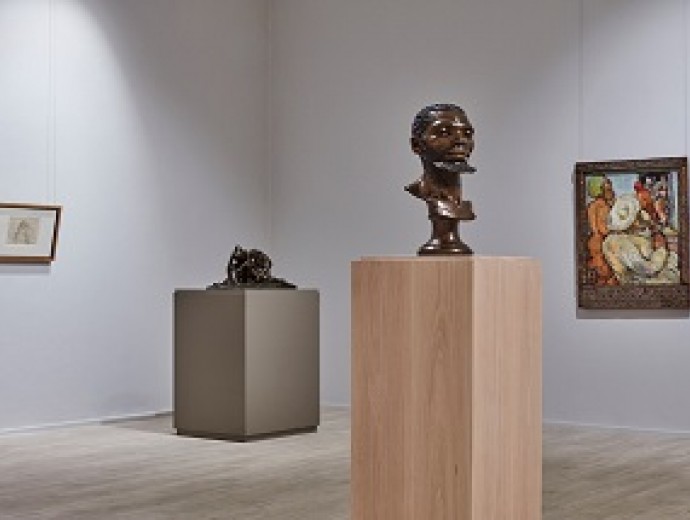