Flashback: 35 years ago the Old Arts Building became a museum!

During this month of June 2017, the University of Pretoria Museums are celebrating another milestone, as the Old Arts Building was declared a museum in June 1982 - 35 years ago.

The foundation stone for this iconic landmark on Hatfield Campus was laid on 03 August 1910 and the building was officially opened by General Jan Smuts in August 1911.  The designer of the Old Arts Building was Percy Eagle, a student of Sir Herbert Baker, the architect of the Union Buildings.  The sandstone building is characterised by Cape Dutch and Neo-Romanesque architecture, with a clock tower, Oregon pine wooden floors and slate staircases.  Stained glass windows feature the old TUC coat of arms.

In 1968, the Old Arts building was declared a national monument.  35 years ago, it then became a museum.  Today it houses various galleries of the UP Museums and showcases the Mapungubwe collection, including the famous golden rhinoceros, as well as Dutch masterpieces, European furniture and ceramics from South Africa and around the world. 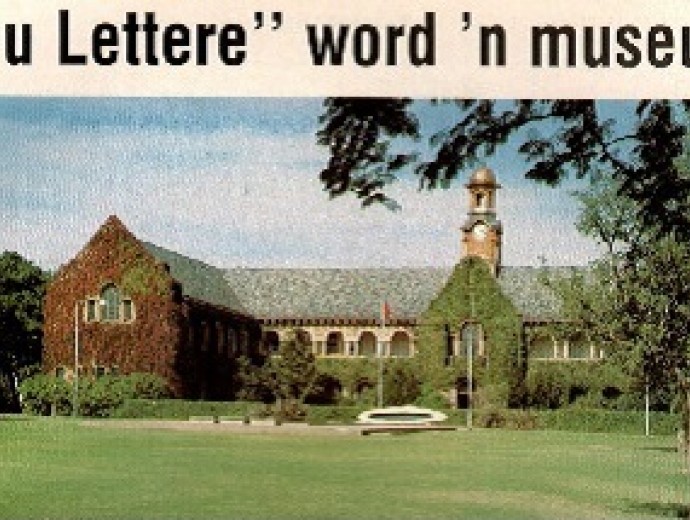 The Old Arts Building back in 1982