The Mnisi community is situated in the north-eastern corner of the Bushbuckridge Municipal Area, Mpumalanga Province, South Africa. This mainly Shangaan-speaking community of which over 40,000 people are included in the study area, has a long and proud history under the leadership of the Mnisi Traditional Authority (MTA). 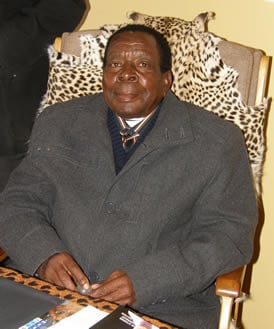 The study area falls within the savannah ecosystem and includes the adjacent Andover and Manyeleti provincial game reserves. Manyeleti Game Reserve was recently incorporated into the Kruger National Park through the removal of a fence and now forms part of important conservation initiatives such as the Great Limpopo Transfrontier Conservation Area (GLTFCA). The entire study area is further part of the Kruger2Canyon Biosphere, a unique biodiversity hotspot. 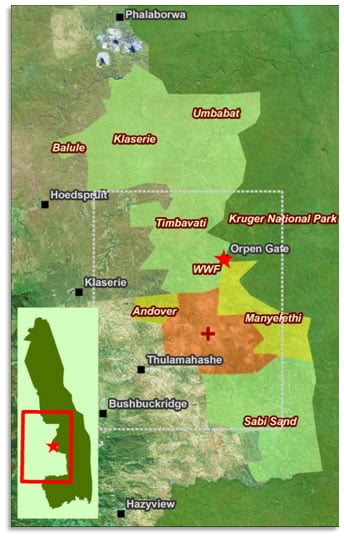 The MTA is represented on the joint management committees of the Andover and Manyeleti game reserves and further governs all the villages and communal land under its authority through a structure of representatives from the village-indunas right through to the Chief himself. The MTA is recognized by government and governs in close collaboration with the local municipal and provincial authorities. Its people are friendly, proud, yet modest semi-pastoralists faced with numerous challenges within their rural environment.

The main agricultural activity is livestock farming of which cattle is by far the most important species. Goats and chickens are abundant with only a handful of donkeys and pig farmers making up the rest of the livestock. Cash crops and vegetables are produced mostly for home consumption and grazing land is continuously shrinking due to urbanization and the expansion of cultivated fields. Apart from the ever-present challenges of livestock keeping in semi-arid regions in the form of water and grazing availability, over two thirds of the study area’s land is on the interface with provincial and private game reserves. A feeble yet important fence is the only barrier between livestock and abundant wildlife populations in which foot-and-mouth disease (FMD) and Corridor disease, among other, are endemic in many species. The sub-tropical climate in combination with high host densities provide suitable conditions for many tick species to flourish and include known vectors of important diseases such as Corridor disease, redwater, heartwater and anaplasmosis.

Rather frequent contact between livestock and wildlife in the area despite the presence of game-proof fences, accentuated by the seriousness of the highly infectious FMD present in especially buffalo, necessitated intervention by national and local governmental authorities. A control zone was established alongside the boundaries of these nature reserves and communal farming land to serve as a buffer between conservation areas and the commercial livestock industry. Fences were constructed to control animal movement from the buffer zone and to limit contact between wildlife and livestock. All livestock within these control areas, such as the MCP study area, are subsequently inspected on a regular basis and vaccinated against FMD on an annual basis since the 1960s. Animal movements and associated trade restrictions in the control areas were enforced. Comprehensive disease surveillance measures were implemented - mainly in the form of cattle dip tanks built throughout the region, which every cattle herd must visit for dipping and inspection once a week.

Despite frequent dipping and interaction between animal health technicians and farmers in the area, tick-associated diseases and problems are ample and the mostly subsistence farmers therefore rely heavily on the government’s support structures for help. However, veterinary authorities themselves are often restrained by manpower and funding and therefore prioritises their resources not necessarily for development and improvement but understandably rather for risk management and surveillance.
The Mnisi community realised that their needs go much further. Subsequently, a partnership with the University of Pretoria’s Faculty of Veterinary Science was developed over time in order to assist with many of these concerns. After a couple of years of collaboration, planning, and relationship-building the MCP was established in 2008. The MCP together with the HHWRS and HAC strives to serve as a model for research, training and community engagement at the wildlife/livestock interface with a significant local and regional impact.