Brothers or sisters representing South Africa at the Commonwealth Games in the same sports teams are nothing new. Still, when Thomas and Donné Breytenbach (now TuksSport High School matriculants & TuksJudo Academy graduates), step onto the judo mats in Birmingham, England, they will be making "history".

The 20-year-olds are twins. It is what makes their participation unique. As far as can be established, they will be the first twins to represent South Africa at the Commonwealth Games. What makes it even more remarkable is that they are both judokas.

The story of how the Tuks twins became involved in judo is quite amusing. Explains Thomas: 'When we were in pre-primary school, we had to take compulsory afternoon naps. Donné and I both hated these naps, and we found a way to sneak out to a nearby judo club where we started training.

"We'd been doing this for about eight months before my dad received a huge coaching bill from the club. He was rightfully upset about the unexpected bill at the time. Louis Nolte, the coach, persuaded my dad to allow us to compete in one tournament and Donné and I both won. Somehow, that helped persuade our parents to let us continue our judo training. As we became more experienced, we started to win more often."

The Tuks judokas actually never stopped winning. Thomas won a silver medal in the under-90kg category at the recent 2022 Africa Senior Judo Champs in Algeria. It was the first time; he had competed in a senior championship.

Donné was slightly unlucky not to have medalled in Algeria. She was in total control during her first fight. But getting bitten changed everything. She lost focus and then the fight. It was afterwards established that she had fought with a dislocated shoulder.

Last year as a 19-year-old, Donné was brilliant. She won silver in the under-57kg during the African Championships in Dakar. In November, she won gold at the African Open Tournaments in Yaounde and Dakar. She also competed at World Junior and Senior Championships.

According to a proud mom, Theresa, the first time she sensed that the twins were serious about succeeding was when they went to TuksSport High School.

"It was tough on them. They had to endure long, hard hours of training and being slack in their studies were never an option. Thomas and Donné never once complained. Right from the start, they knew that success and dedication go hand in hand.

"Donné has always been the competitive one. A primary school teacher told me how Donné always wanted to be the best in everything. She can't resist competing.

"Her performance in November last year in Dakar was an excellent example of her never say die attitude. Donné got food poisoning which led to competing. It sapped her energy, but she refused to quit. Winning was what mattered.

"Thomas is in for the long haul. He is a forever student of judo. Once Thomas sets himself a goal, there is no backing down. He will succeed. That is what led to him being the world's best under-17 judoka.

"Being twins certainly helps. Thomas and Donné are 100% in sync with each other. When the need arises, they are each other's psychologists and fans. At any given moment, Thomas knows what needs to be done to get Donné to be at her best and vice versa. Most important is that they are best friends." 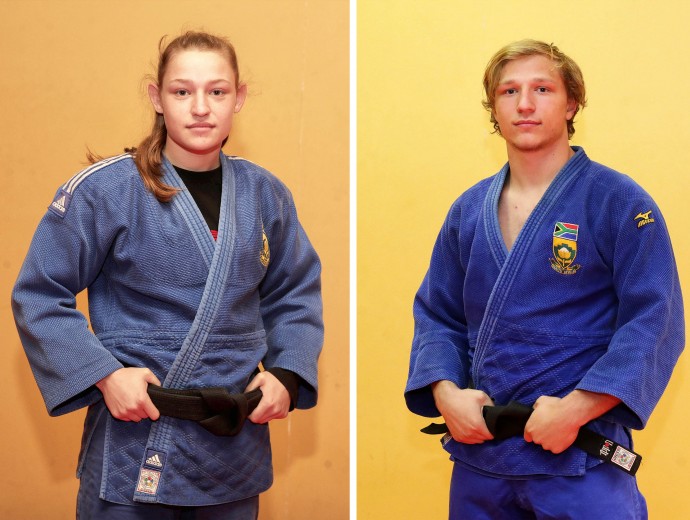