#TuksJudo: : Thomas Breytenbach is among the Tuks judokas who medalled at the 2022 African Senior Judo Champs

The 36-year-old, Abderrahmane Benamadi, is a former silver medallist at the World Champs and has won six gold and four silver and bronze medals at the African Champs.

The Algerian won the fight with an Ippon. Benamadi praised Thomas Breytenbach (TuksSport High School matriculant & TuksJudo Academy graduate), afterwards, saying that the Tuks judoka has the making to become one of the African judo greats.

Tuks head coach, Nikola Filipov, is satisfied with how the judokas he coached handled the pressure during the championships.

"The Tuks judokas are youngsters. Michaela (Whitebooi), at 26, is the eldest. Thomas and Donne Breytenbach are only 19, as is Katja Lang. Charne (Griesel) and Jasmine Martin are 21. This bides well for South African judo."

Filipov can't help but be upset with some of the refereeing decisions.

"Donne Breytenbach was in total control in her fight against Tassnim Roshdy (Egypt) in the under-57kg category. At one stage, Donne had her opponent firmly pinned. She was choking Roshdy. Then suddenly, Donne gets bitten on her leg. Blood starts to flow, but the referee does nothing. He just lets the fight continue. In the end, Donne gets disheartened and loses the fight.

"Katja Lang also got bitten on her fingers in her fight in the under-78kg category, which unnerved her. Usually, a judoka gets penalised for unsportsmanlike behaviour. One of the referees did contact me afterwards saying that he does not agree with what happened. I appreciate it, but unfortunately, it does not change anything.”

The Tuks judokas who medalled at the recent 2022 African Senior Judo Championships are as follows:

Bronze medal in the women's -52kg

Bronze medal in the women's -57kg

Bronze medal in the women's -48kg

Silver medal in the men's -57kg 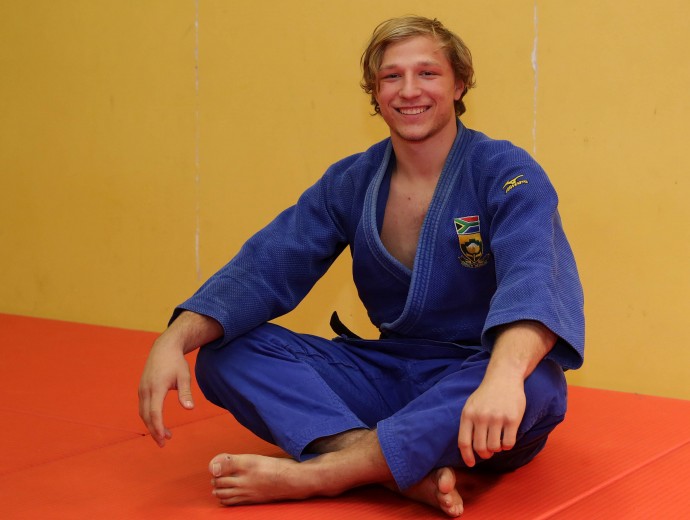