Charné Griesel has her sights set on winning a medal at the 2022 African Senior Judo Championships in Algeria. She aims to use her victory to fight against drug abuse in Eersterust.

The 21-year-old, Tuks judoka admits she is in for a big challenge on both fronts, but she would have it no other way. For her, it is a case of when the going gets tough; the tough needs to get going.

On a good day, she will train for up to four hours and then still find the energy to coach. In between, she is studying law. According to her, time management and giving 100% is the secret to not slipping up.

Griesel has already won two bronze in the under-52kg category of the African Champs. But ahead of the Senior Champs, she is hoping to do better. A gold medal in Algeria will undoubtedly boost her chances of competing at the Birmingham 2022 Commonwealth Games.

Her passion for judo made her aware of the drug and gangster problems in Eersterust.

"One of the judokas I coach at Tuks is busy with her master's degree in occupational therapy. She was involved in a research project on substance abuse in Mamelodi and Eersterust. It is a big problem. The only way to stop this is to get young kids to be active. When kids are bored, they experiment with the wrong stuff, like substance abuse.

"The Tuks Olympian Michaela Whitebooi told me that when growing up in Gqeberha, there was a real chance that she could have ended up using banned substances. Luckily she got an opportunity to do judo. It changed her life as she made the most of every opportunity. She has completed her honours degree in financial science and won gold medals at the African Champs. Her story is genuinely inspirational.

"Long story short. With the help of TuksJudo and the Tshwane Judo Association, I am proud to say we are starting the Tshwane TuksJudo Development Club in Eersterust next week. Quite a few Tuks judokas have already volunteered to help with coaching."

Last month, IOL reported that the cases of drug-related suicides rocketed in Eersterust. The community has called on the government and law enforcement to urgently intervene to help save hopeless youths smoking their futures away.

Affected families and other community members want early intervention programmes to curb the prevalence of drug use in the Tshwane township.

According to Griesel, judo is the perfect sport to make a difference in kids' lives.

"We abide by a moral code of eight values: courtesy, courage, honesty, honour, modesty, respect, self-control and friendship. The challenge will be to get the kids to buy into this on and off the mats. If we succeed, we are definitely going to change young lives.

"The exciting thing about coaching youngsters is that you experience first-hand how lives are changed. At first, most of them are shy and introverted. When they start to understand the finer intricacies of judo, they start gaining confidence.

"If we can make a difference in a few kids' lives this year, I will consider the project a success. Sustaining what we are starting out to do is going to be vital. It happens too often that a project that is meant to change lives just stops. Then everything is in vain. The Tshwane TuksJudo Development Club needs to be able to function for years." 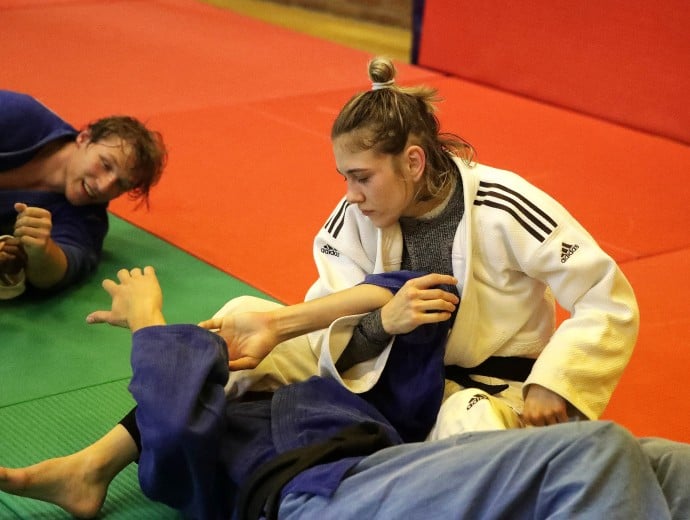