#TuksJudo: Breytenbach twins all set for the 2021 World Junior Judo Championships in Italy

No South African judoka has ever won a medal at the World Judo Championships. It is a statistic that Donné Breytenbach hopes to change from Wednesday when she competes in Italy.

She is one of five Tuks judokas who will be competing at the World Junior Judo Championships in Olbia, Italy.

One thing Breytenbach has going for her is an old head on young shoulders. When she starts talking judo, it is hard to believe she is only 19 and it is not just because she is so passionate.

Earlier this year, she won silver at the African Senior Judo Championships in Dakar. She won three of the four fights. It was the first time she competed as a senior. In July, she represented South Africa at the World Senior Championships. Breytenbach might not have won any fights, but she gained confidence.

"The most important thing I have learned from competing at the World Senior and Africa Championships is if you want to win, you need to be confident.

"It is easy to get intimidated at a World Championship when you walk past one of the legends of the sport. When it happens, a part of you might think you are not good enough to be at the same event. Fight those negative thoughts.  If you don't, you have already lost.

"The few fights I had as junior competing against seniors made me realise it is crucial to focus only on what needs to be done. It is the basics. If you do, you will be competitive.

One would have expected Breytenbach to be excited about the silver medal she won at the African Senior Championships, but she is not.

"I could have won gold if it was not for that one 'oopsie' moment. The pressure at the Junior World Championships is not going to be as bad. That is why I am confident of causing an upset. If I can win a medal, it would be great," says Breytenbach, who is competing in the under-57kg category.

Breytenbach's twin brother, Thomas, is also competing at the 2021 World Junior Judo Championships. Winning a medal is not the be-all and end-all to him.

"To me, it is about gaining experience. Donné and I have set our sights on trying to qualify for the Paris Olympic Games. That is why we compete more and more against seniors to be prepared for when the Olympic qualification cycle starts."

Currently, Breytenbach is ranked 71st in the senior under-90kg rankings, while Donné is ranked 43rd in the women's under-57kg category.

"I am realistic as to my chances at the World Junior Championships. I am not overconfident about winning a medal, but I am also not underselling myself.  If there is one thing I have learned is that in sport, anything can happen,” said Thomas Breytenbach.

Morne Jacobs, Liane Schabort and Marciano de Oliviera are the other Tuks judokas who will be competing. 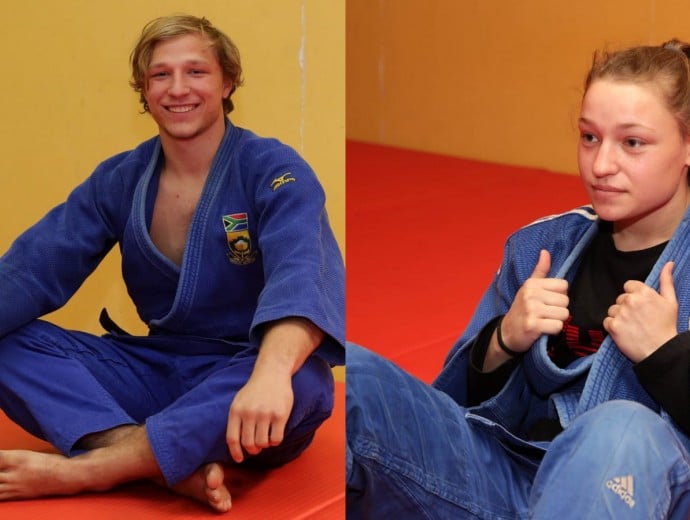