#TuksJudo: Michaela Whitebooi is the sixth South African judoka to be coached by Nikola Filipov to qualify for the Olympic Games since 2008

Nikola Filipov is a hardcore no-nonsense judo coach; as far as he is concerned, an athlete is doing something right, or they are doing it wrong, there is no middle of the road ever.

It has paid dividends. Early tomorrow morning, Michaela Whitebooi will step onto the mats to fight Paulo Pareto (Argentina) at the 2020 Summer Olympics in Tokyo. It will be a tough fight for the Tuks based judoka as Pareto is ranked as the sixth-best in the world in the under-48kg category.

Filipov, however, believes that when judokas step onto the mats that anything is possible.

"All it is going to take is one moment in which everything clicks for Michaela. The important thing is that she backs herself. Technically she is one of the best," explains the Tuks head coach.

Filipov can't help but laugh when he thinks back to when he met Whitebooi for the first time ten years ago.

"I had to meet the new intake of the TuksSport High School judokas in the hpc restaurant. I saw this little girl. I thought she was the little sister of one of the judokas. So I did not really take note of her. Then, to my surprise, I was told that she is one of the judokas I have to coach.

"I thought it was a joke. At the time, Michaela scarcely weighed 30kg. I can still remember how she was continuously crying those first few weeks. At one stage, I told her to stop crying; otherwise, she would never gain any weight.

"It has been a long journey for us. Ten years to be exact. I truly got to respect Michaela. I am inclined to being harsh when I coach. There were times I forget that I am coaching women as well. Michaela never complained. She just worked harder to be better."

Whitebooi is the sixth South African judoka that Filipov has helped qualify for the Olympic Games since 2008.

To say Nikola Filipov is passionate about judo would be an understatement. He absolutely lives for the sport. For the last 44 years, he is either been participating or coaching in judo.

Filipov has won numerous medals in judo and sambo (a Soviet martial art and combat sport).  In 1992, he represented Bulgaria at the Olympic Games, where he finished ninth.

He was the Bulgarian Sambo Champion from 1988 to 1995, not losing one fight. At the 1989 Sambo World Championships in New York, he won a silver medal.

Filipov coached Bulgaria's national team from 1994 to 1996. He has been the head coach at TuksJudo for the last 13 years.

A definite highlight was when Zack Piontek won gold at the 2014 Commonwealth Games in Glasgow, Ruan Snyman a silver medal and DJ le Grange a bronze medal.

In 2016, Filipov achieved something few other coaches managed to do. That is qualifying judokas from three different countries to compete at the Games. Deo Gracia Ngokaba represented the Republic of the Congo, August Mozambique and Piontek South Africa. 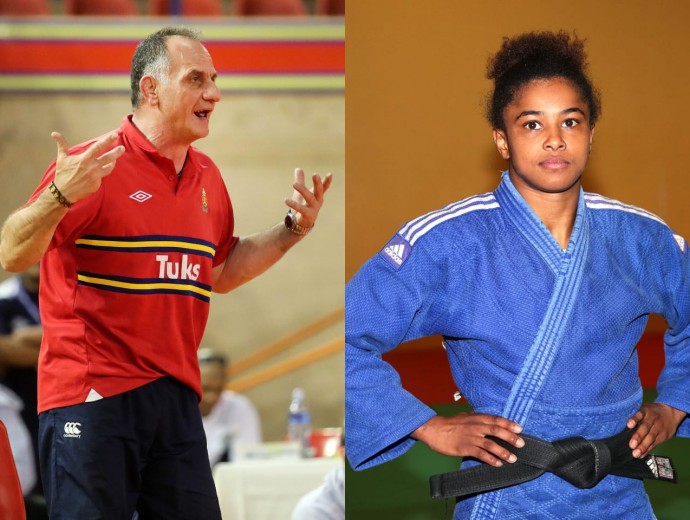