To win two fights will be Michaela Whitebooi's challenge from Sunday, 6 June when she competes at the 2021 World Judo Championships in Budapest, Hungary.

If she does, it is a near done deal that the Tuks judoka will compete at the Tokyo Olympic Games. Nikola Filipov (TuksJudo head coach) believes Whitebooi can do it.

"On a good day, she capable of winning bronze at the World Champs as technically Michaela is one of the best. Unfortunately, she does not always believe it, which complicates things.

"To worsen matters, she contracted Covid. It impacted her build-up to the Games. Apart from not being able to train for some time, she also missed out competing in two tournaments where she could have gained ranking points."

Whitebooi is currently 39th in the under-48kg category of the Olympic rankings. It means she could be in line for a continental Olympic qualifying slot. Judokas have until 28 June to qualify for the Tokyo 2020 Olympic Games.

The 19-year-old, Donné Breytenbach and 20-year-old, Charné Griesel are the other two Tuks judokas who will compete at the upcoming World Judo Championships. Filipov tips them to be future Olympians.

Breytenbach matriculated at the end of last year at TuksSport High School. It is the first year she is competing against seniors. She is, however, far from being intimidated.

"When I step onto the mats, my only goal is to fight to the best of my ability. Give 100%. I will be honest sometimes it is challenging to fight as a 19-year-old against a 30 something judoka.

"But for now, it about gaining experience and learning. It is what sport is about. You need to continuously find ways to improve. That is why I try and take the positive and negative from each fight.

"For example, it was exciting to win silver the first time I competed at an African Senior Championships, but it was not my best performance. I know I could have won if I did not make mistakes at crucial moments. "

Breytenbach's twin brother, Thomas, is also considered to be a champion in the making. He finished 7th in the under-90kg category at the African Championships.

There is an interesting story to be told as to how the twins got started in judo. When they were in pre-primary school, they had to take compulsory afternoon naps, which they hated. So they sneaked out to a nearby judo club where we started training.

Their parents only became aware of what they were doing when they received an unexpected bill. At first, they were upset, but their coach at the time convinced them to let the twins continue their training. They did. Before long, the twins started to win, even internationally. 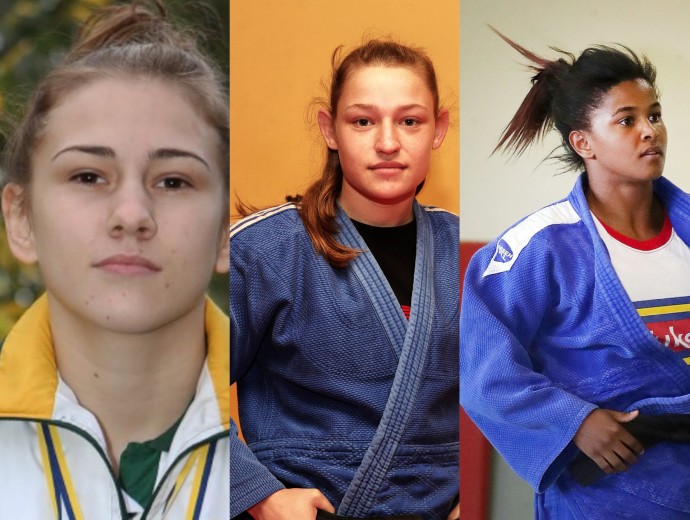