#TuksJudo: Whitebooi in a hunt for rankings points to qualify for the Tokyo Games

Michaela Whitebooi's quest to become an Olympian starts in earnest over the weekend when she steps onto the mats to compete in the Yaounde African Open Judo Tournament in Cameroon.

There is a lot at stake for the Tuks judoka. She is under pressure to improve her international ranking. Whitebooi is currently ranked 56th in the women's under-48kg category. To have a realistic chance of competing in the Tokyo Games, she needs to be at least ranked 36th.

Should she win, she will gain 100 ranking points which would move her up into the top 50. In all likelihood, it will be Whitebooi and Priscilla Morand (Mauritius) who will face off in the final. They are the top-ranked judokas in the under-48kg category.

Last year when the two of them "battled" it out on the mats during the African Championships in Cape Town Whitebooi won. The Tuks judoka is, however, the first to admit that it was not an easy fight.

"The mistake I made was allowing Morand to dictate things on the mats. Instead of fighting as I usually would, I was adapting to her style. I still don't know how I managed to execute the counter that led to me winning."

Although it is the first time since January that Whitebooi will be competing, she is not nervous.

"I am more excited to see how the judo community once again comes together to showcase their talents.

"The good thing about lockdown is that it has changed my mindset when it comes to training. I am now more focused on the smaller things. For example, I have set a weekly physiotherapy appointment when I have rest so that my body can recover. I have also taken up yoga. It helps me to relax."

She is honest when asked what needs to done to be competitive as an international judoka.

"Physically, I am strong, but I feel I should work on my flexibility. It will help me to counter when an opponent attacks. Flexibility is also a good way to remain injury-free. I am still working to be mentally in the 'zone' during a fight. It is crucial because my sole purpose should be on trying to outwit my opponent, never doubting my abilities."

Whitebooi completed her BCom Financial Science studies last year and has definite plans to continue studying but not immediately.

"For now, only one thing matters. It is to be the best I can be as a judoka."

Tuks's Anastasiya Nenova will also be in action over the weekend. She will be competing in the under-70kg category.

On 14 November the two Tuks judokas will compete in the Dakar African Open Tournament. There is again a 100 international ranking points at stake in each category.

The African Championships will be hosted in Madagascar from 25 to 26 December. 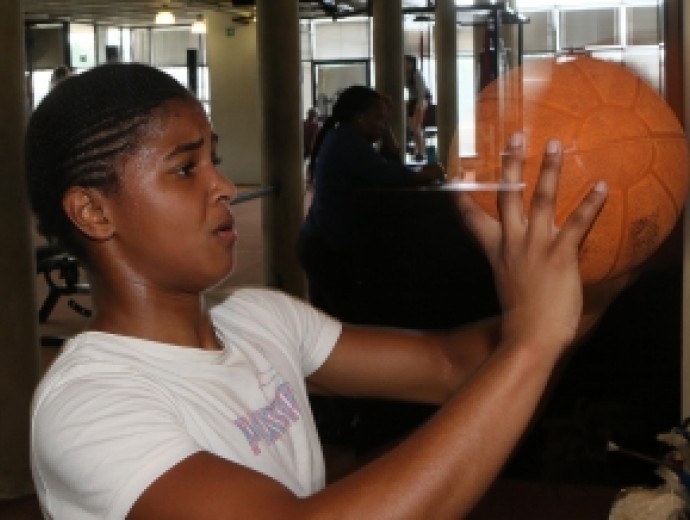