#TuksJudo: Tuks judoka faced with having to make a big decision about the Olympics

The Tuks judoka Unelle Snyman had been busy over the past few weeks. Apart from training, she tried to save the life of a young nyala while at times she also had to avoid being clawed by young lions.

All of this while she is battling to make one of the most important decisions of her life. Should she or should she not still try and represent South Africa at the Tokyo Olympic Games.

By March she was on the verge of qualifying in the under-78kg category. She only needed to win a medal at the African Championships. Then the coronavirus pandemic happened. At first, no one foresaw it would bring sport around the world to an abrupt halt.

Snyman's decision boils down to having to choose not to have any regrets or getting on with her life. It is not something to be decided on in the spur of the moment as there will be consequences.

The Tuks judoka is currently with her friend at his family's game lodge outside Mosselbay.

"I am lucky in that my friend has built me a whole gym on the farm. So I have to excuse to be slack in training. Currently, I am training as if the African Championships is still happening next month. We have however been informed it will only take place in December."

Snyman describes still training as like being in a sort of fantasy world.

"I consider myself to be a professional sportswoman. Thanks to Tuks and Judo South Africa, I can do so. But at some stage, I will have to face up to reality. There is no real money to be made as a judoka anyway not in South Africa. I fully realise there is a life outside of sport. It is not fair to be dependent on my parents and Tuks forever. I also don't want to be.

"The postponement of the Tokyo Olympics might still turn out to be a blessing in disguise. It gives me more time to train as well as think as to what to do."

Snyman hinted that would love to get on with her life, but then again she also knows that once she has made the decision, there might be no turning back on it. That is why she will refrain deciding anything until she has competed at the African Championships.

Meanwhile, she is trying to make the most of being on a farm surrounded by all kinds of wild animals, including lions. It comes with all sort of unique challenges. As finding a young abandoned nyala on the lawn.

"We really tried saving it, but unfortunately it was already in an awful condition."

The lions are not a real threat as they are in an enclosure still Snyman is not taking chances. 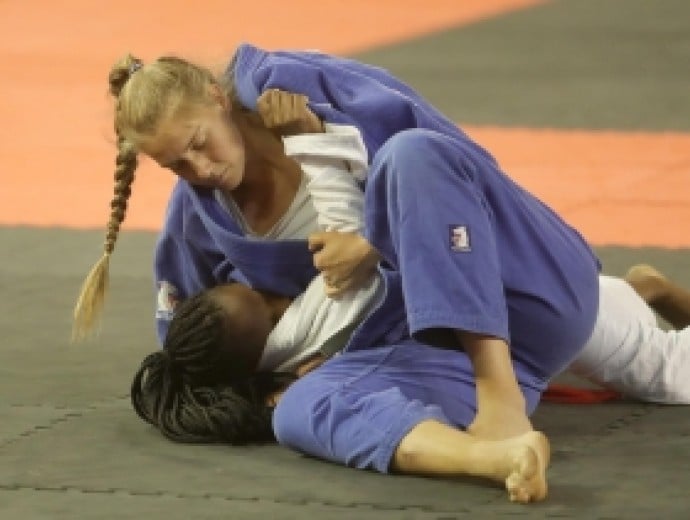