There’s no secret any more as to what TuksSport High School judo star Thomas Breytenbach’s favourite pastime is: He likes to win medals during international judo tournaments.

Earlier this month the 17-year-old Tuks Judoka won a gold medal at the Borsa Open Judo Tournament in Bosnia and Herzegovina in the under-81kg category.

It’s the second time this year Breytenbach has won a medal during an international tournament. Earlier this year he came in second at the European Cadet Judo Tournament in Teplice, Czech Republic.

Breytenbach's twin sister, Donne, was also impressive at the Borsa Open: She won a silver medal fighting in the under-57kg category.

Breytenbach was elated by his performance, as it was the first time he competed in the under-81kg category. "One of the biggest disappointments last year for me was finishing seventh during the Tyumen Cadet Tournament in Russia,” he says. “In a way that result might have been a blessing in disguise, as it inspired me to train harder.

"The Borsa Open was undoubtedly one of the toughest tournaments I ever competed in. I had four fights before I qualified for the final. None of them was easy. I had to keep my wits about me at all times. My opponent in the final was Kerim Hasic (Bosnia and Herzegovina). It was possibly my best fight of the tournament."

Donne Breytenbach lost in her final to Anastasia Chyzhevska from Ukraine.

Another highlight for Tuks Judo was when Unelle Snyman finished third in a tournament in Perth. She was, however, slightly disappointed with the result.

"I made a silly mistake which led to me losing out on fighting for gold. While we were on the mats fighting, I allowed my opponent to put me in strangulation hold. I tried to resist for as long as I could.

"At one stage the referee called out, indicating that she should release me. I also tapped out. She, however, did not pay heed and kept me in the hold. I was not able to breathe at all, which led to me passing out. Still, it was a good learning experience." 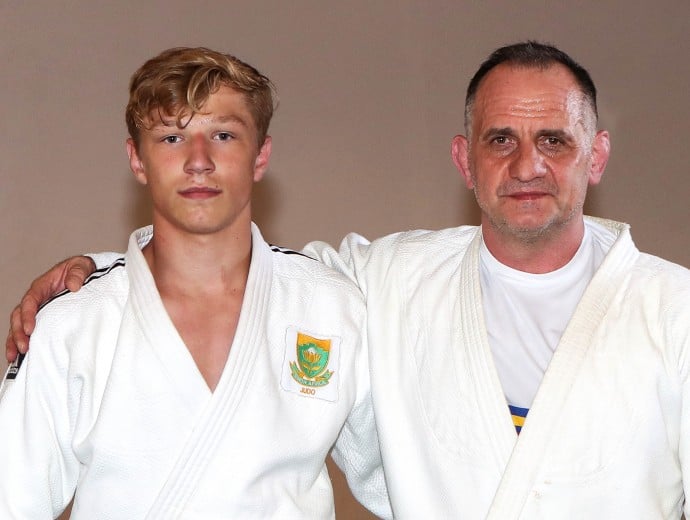