From the first moment he stepped onto the judo mats it was clear that he meant business. His first fight against Zubenko Danylo (Ukraine) lasted only 78 seconds. He then went on to tactically outwit Sebastian Deng (Austria). His third encounter turned out to be a blitzkrieg. He just needed 26 seconds to beat Giorgi Iantbelidze (Georgia).

However, there was never any relenting during the tournament. Breytenbach had to keep his wits about him when fighting Jelle van der Werff (Netherlands). In the end, he did enough to secure a spot in the semi-finals.

The Tuks judoka and Filip Ivanka (Czech Republic) indeed managed to put each other’s skills to the test during the semi-final encounter. It turned out to be Breytenbach’s most protracted fight. It lasted nearly four minutes. Breytenbach prevailed because of being consistently able to adapt his fighting style.

The final seemed to have been that one fight too many for the Tuks judoka. At first, he and the Italian, Luigi Centracchio, were quite evenly matched. Unfortunately, Breytenbach let his guard down for the briefest of moments. It is all it took for his opponent to clinch the victory.

Breytenbach was disappointed to have lost, but he immediately added being confident that the experience he gained is going to stand him to good stead in a few weeks from now when he is going to represent South Africa at the African Junior and Cadet Championships in Senegal.

He and his twin sister, Donné, both have set their sights on winning gold in the Cadet-category (under-18).

Donné Breytenbach managed to win her first fight over the weekend but unfortunately got unstuck in her second fight losing to Turkey’s Humeyra Seras. Being the perfectionist, she is the Tuks judoka was undoubtedly disappointed. She made it clear in the past that she hates to lose.

During last year’s Tyumen Cadet Tournament in Russia, she won a gold medal. 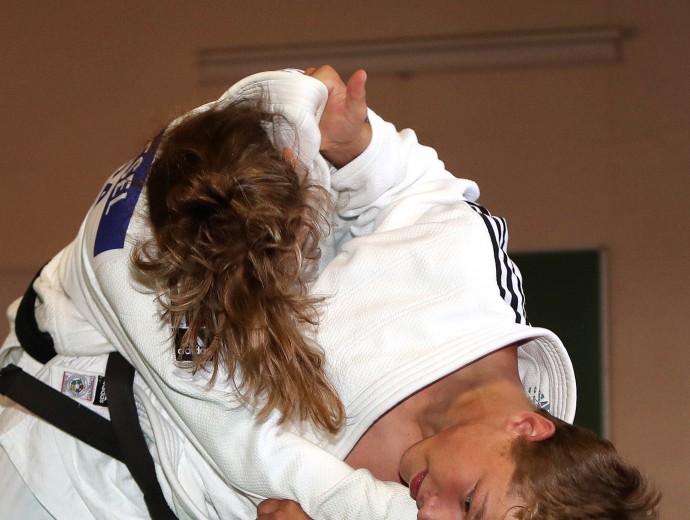