#TuksJudo: Stans could achieve a unique double at judo and wrestling SA Champs

Leanco Stans (Tuks) could achieve something in South Africa’s fight sports that no one else might have done, and that is to win medals in the same year at the national championships in judo and wrestling.

Up to last year, Stans was considered to be one the most exciting prospects in South African women’s wrestling. She was even rated internationally receiving a bursary from the United World Wrestling to train for six months at the Olympic Training Centre in Kuortane, Finland.

Unfortunately, luck was not on her side in trying to qualify for last year’s Gold Coast Commonwealth Games. To make up for the disappointment and sort out of loyalty to Ilze Wicksell (TuksJudo manager) she decided to take on a new challenge.

She quickly caught on to the passion of Nikola Filipov (TuksJudo head coach) and her new training partners. Never believing in half measures, Stans committed fully to the new training regime. What helped was that there are some similarities in judo and wrestling especially when it comes to fighting on to the mats.

During last year’s USSA Tournament she finished second in the under-63kg category. Earlier this year at the South African Trials and Ranking Tournaments she was again second in both competitions. It is quite impressive considering that Stans is not even been training judo for a full year.

Stans is still passionate about wrestling. However, the sport's national decision makers, sort of forced her to forgo on her dreams.

“I found it to be near impossible to study fulltime and comply with the regulations concerning the attendance of national training camps. As things stand at the moment, I am not eligible to compete at the South African wrestling trials, but I can compete at the national championships. It means I can be a South African champion, but I won’t be considered to represent the country at any international events,” said Stans who is currently studying BSc Genetics. She hopes to be studying medicine next year.

“At the moment I am also not eligible to represent South Africa in judo as I am just yellow belt judoka. I need to have at least a brown belt. My main goal for the next two years is to make sure that I get to move up the belting ranks. Who knows maybe I might get good enough to earn my national colours in judo.”

If the dates allow for it, Stans is hoping to compete in July at the South African Judo Championships and the national wrestling championships. She is quite confident of winning gold in wrestling but admits she is not experienced enough to do so in judo, but that does not mean she won’t be giving it a go.

"One of the valuable lessons I have learned in Finland was not to be stressed out about a rival's reputation. It is a case of stepping onto the mat and give it a 100%," explained Stans who represented South Africa in 2014 at the Youth Olympic Games in Nanjing, China.

She is also a former bronze medallist at the African Junior Wrestling Championships. 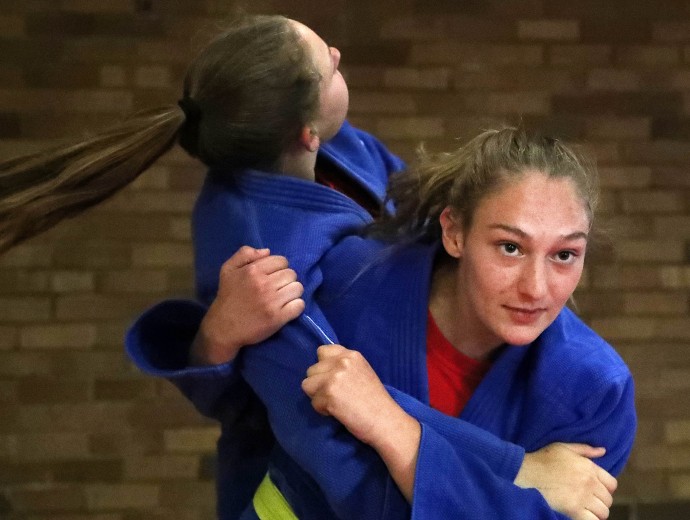