A new year with new challenges but the results seem to remain the same. The UP-Tuks judokas are still winning more fights than they are losing during the important local tournaments.
The past weekend in Cape Town during the South African Trials and Ranking Tournaments they won a total of 21 gold, seven silver and five bronze medals.
It was especially exciting to see how the juniors and cadets were not at all intimidated when fighting against the older and more experienced judokas. The TuksSport High School twins, Thomas and Donne Breytenbach, both won three gold medals. As did Charné Griesel who matriculated at the end of last year at Pretoria Girls High School.
Nikola Filipov, head coach at UP-Tuks, rates them as future Olympians in the making. He is of the opinion that Griesel might even get close to qualifying for next year’s Games in Tokyo.
“Charné can cause a major upset during any tournament. Discipline and dedication are her most outstanding qualities. She is always looking for ways to improve and does not shy away from putting in the long hard hours. She has been with me for the most of December to train.
“It should be remembered that to be a judo champion does not mean that you got to be the strongest or fittest. It certainly helps. But judo differs from most other sports in that a fight lasts only four minutes. So you got to be focused all the time. Any fight can be lost or won in mere hundredths of a second. The most important prerequisite to being competitive during international competitions is having confidence and being able to think on your feet.”
The African Senior Judo Championships will be hosted in Cape Town at the end of April. According to Filipov, it is going to make or break for any South African judoka with aspirations to qualify for the Tokyo Games.
"DJ le Grange, Michaela Whitebooi and Unelle Snyman got to win as there are about 750 ranking points on offer. That is about half the points that are necessary to qualify for the Games. If they do so and contest next year’s Africa final, they will be in with a real chance to compete in Tokyo."
As part of her preparation for the Africa Championships, Unelle Snyman will compete at the Paris Grand Slam Tournament (9-10 February) as well as in Dusseldorf Grand Slam (22-24 February).
The rest of the UP-Tuks Olympic hopefuls will compete on 12 March at the Marrakesh Grand Prix. After that, they will be going to a three-week training camp in Japan.
Whitebooi will be going for knee arthroscopy this week. Filipov is not too worried about it.
The UP-Tuks gold medallists at the National Trials are: Koketso Rammutla (under-55kg), Thomas Breytenbach (under-73kg), DJ le Grange (under-66kg), Donne Breytenbach (under-57kg), Charné Griesel (junior under-52kg as well as senior), Katja Lang (junior under-78kg), Michaela Whitebooi (under-48kg) and Unelle Snyman (under-78kg).
A first place during the trials is a definite for selection to the national team.  In some instances, Judo South Africa might also select silver medallists.
Gold medallists at the National Ranking Tournament are: Koketso Rammutla (under-55kg), Thomas Breytenbach (under-73kg as well as junior), Francois Strydom (junior under-81kg), Devan Stemmet (under-73kg), Donne Breytenbach (under-57kg as well as junior under-73kg), Charné Griesel (junior and senior under-52kg), Anastasia Nenova (under-70kg), Michaela Whitebooi (under-48kg) and Unelle Snyman (under-78kg).
- Author Wilhelm de Swardt
Share this page
Published by Leonore Jordaan 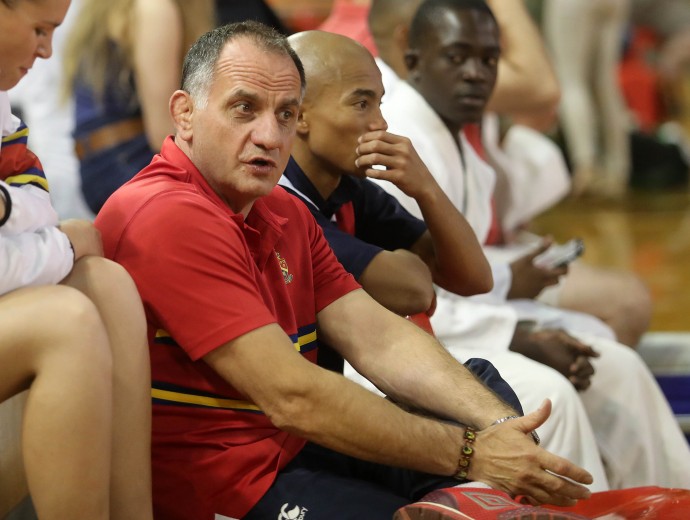