Hectic is a word the UP-Tuks judoka, DJ le Grange, can justifiably use to describe how his life is playing out at the moment.

He is actively involved in helping Rhino Connect, but that is not all. He and his wife, René, is busy opening a coffee shop in Pretoria-North. In between all of this he has got to find the hours to train as he has not given up on his dream of representing South Africa at the 2020 Olympic Games in Tokyo.

However, Le Grange is not complaining. He does not mind hectic as it is important to him never to become a one-dimensional being who is only obsessed with excelling on judo mats.

“Any sports career only lasts so long. The day I stop competing I don’t suddenly want to find myself with all these free hours in a day and nothing to do. Rhino conservation is important to me. Actually, it is rewarding to think at times that in a small way I am contributing to save a unique animal from becoming extinct.  Opening a coffee shop is a business opportunity we could not resist,” said Le Grange who is the South African Open Champion in the under-66kg category.

Next month Le Grange will be in action during the Den Haag Grand Prix-meeting. His goal is going to be to try and gain as many international ranking points possible because the “race” to qualify for the 2020 Games has started in earnest. For him to have any chance of qualifying, he needs to be ranked in the top 18 of his weight category. At a rough estimate, it means he needs anything between 1300 and 1500 points.

“If I can win two or more fights it could mean 200 plus points. After Den Haag, my next big tournament is going to be the African Championships which is being hosted by South Africa. That is the one I want to win. If I do, it is going to be another 700 points.”

Le Grange is upset with what happened during the Budapest Grand Prix. He won his first fight. The Tuks judoka was in control of the fight against a Hungarian judoka. Unfortunately for him, his opponent’s coach was next to the mats, and he was able to identify one of Le Grange’s weaknesses.

“I had one moment of lapsed concentration after the coach spoke to my opponent. That was all it took. He threw me for an ippon to win. It was sort of a reality check for me.”

Le Grange said one of the biggest challenges facing any judoka wanting to qualify for the Games is to try and stay abreast of what is happening in the sport.

“Things are constantly changing. You might have a good technique which enables you to win, but you can never rest on your laurels. While you still winning, there are already judokas and coaches working out moves to counter you. So you got to reinvent yourself as a judoka continually. What worked today is not necessarily going to work the next time," explained the Tuks judoka. 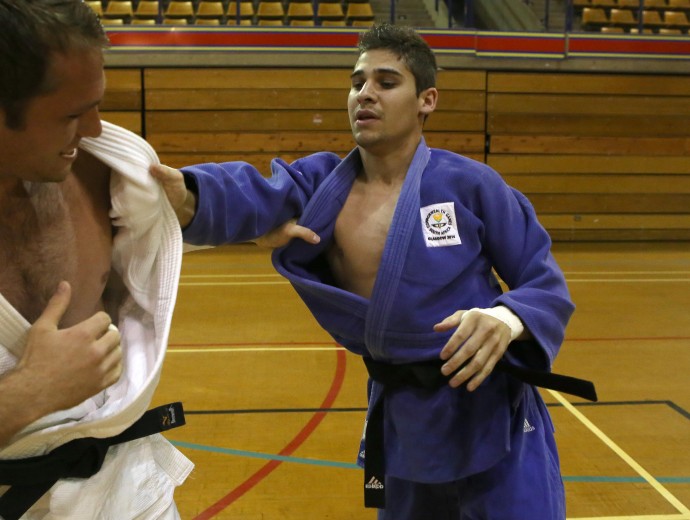