If there is one thing, Donné Breytenbach (TuksSport High School) truly hates it is to lose a judo fight. For her, it is just not on.
Taking that into account it should be no surprise that she won a gold medal over the weekend Tyumen International Cadet Competition in Russia. An elated Nikola Filipov (Tuks head coach) describes it as the best result of her fighting career.
“To be able to win in Russia is a big deal as judo is a major sport in Eastern Europe,” explained Filipov. According to him, 700 judokas from 14 countries competed.
Breytenbach was pushed out of her comfort zone. She usually fights in the under-52kg category, but over the weekend she decided to move up a weight category competing in the under-57kg category.
“I will be honest it was tough having to fight bigger and stronger rivals. It meant that I had to change my fighting style. I had to be more clever. Thinking before doing. Having Nikola next to the mats helped as he is a brilliant strategist. He also has a way to ensure that I remain calm when fighting,” explained the TuksSport High School learner.
During December Breytenbach will be representing South Africa in the Region Five Tournament. She will be competing in the junior category which is under-20. She is confident of getting a good result.
Earlier this year during the African Junior and Cadet Championships in Burundi she won bronze medals in the cadet (under-17) as well as the junior (under-20) categories. In the build-up to the championships, she also competed at a Budapest Cup Tournament where she took the bronze medal.
Thomas Breytenbach, her twin brother, was fifth over the weekend. He is reasonably satisfied with his performance as his goal was to gain as much experience as he can.
“At the moment I am the forever student of judo. That is why it is important I make the most of every opportunity I get to compete internationally. I am sure everything I am learning will stand me to good stead in accomplishing the only real goal I have, and that is to compete at the Olympic Games. Hopefully, it can be at 2024.”
Filipov rates Thomas Breytenbach as one of the real deals of South African judo. The reason for doing is Breytenbach’s absolute dedication.
“He will train seven days a week if need to and never complain doing so.”
Apparently, it not through choice that the Breytenbach twins got to compete in Russia. Every judoka who fought over the weekend was personally invited.  Earlier this year a Russian coach was so impressed by their dedication during a training camp in Baja that led to them getting the opportunity to compete in Tyumen. 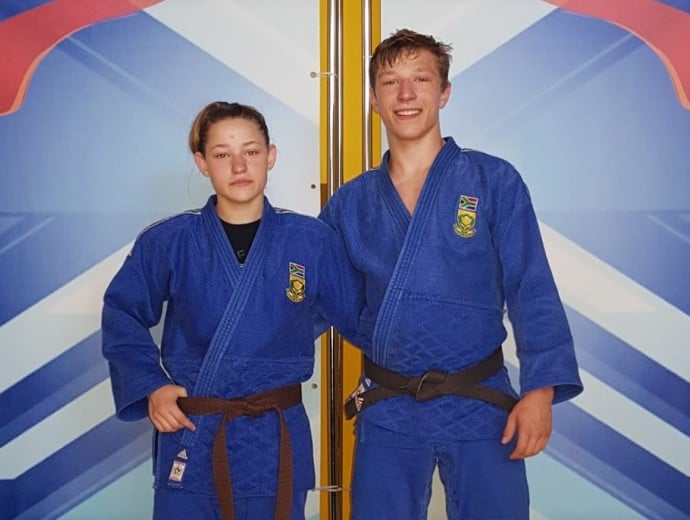