#TuksJudo: Tuks judokas start their quest to qualify for the 2020 Olympic Games in Budapest

The qualification for the 2020 Olympic Games in Tokyo is starting in earnest for the Tuks judokas from Friday when they compete in the Budapest Grand Prix Tournament.
It is one of the tournaments in which judokas can earn valuable international ranking points in the build-up to the Games.
DJ le Grange (South African under-66kg champion), Unelle Snyman (South African under-78kg champion) and Michaela Whitebooi (South African under-48kg as well as under-52kg champion) will be competing.  A total of 626 judokas (371 men and 255 women) from 90 countries are competing.
Le Grange admits he is in for a tough challenge as there are nearly 70 judokas who are competing in his category.
“I think to be able to qualify for the final I might have to contest up to five fights. It is going to be tough, but I would not have it any other way.”
According to Le Grange, he would not mind earning a few ranking points but it not going to be his primary focus.
“There is still enough time left to get the ranking points I need to qualify for the Olympic Games. For now, it is more important to gain as much experience as I can. It is not often that I get to compete at a tournament with judokas from so many countries. Getting to learn how to handle myself against the various fighting styles will be more important.”
Snyman is also excited to get the opportunity to compete as there are 35 entries in her weight category which means if she can keep her cool she might get to fight three or more times. Her biggest frustration during the South African Open Tournament in Port Elizabeth was that she only had two fights.
“Naturally I am going to fight to win, but I also want to learn from the international judokas as to how they go about doing their things. What is exciting is that we get to attend an international judo training camp afterwards. It means that for a few more days I would get to test myself against excellent fighters. I am sure the experience is going to stand me to good stead in the build-up to the Games.”
Whitebooi said the most important thing for her is going to be to execute what she does in training to perfection during her fights.
“It is easy to do things right during training but when you compete your opponent is not just going to abide by what you want them to do. You got to outthink them on the mats. I also need to get more confident in my own abilities. The only way to do so is to get the opportunity to fight against the best.”
- Author Wilhelm de Swardt
Share this page
Published by Leonore Jordaan 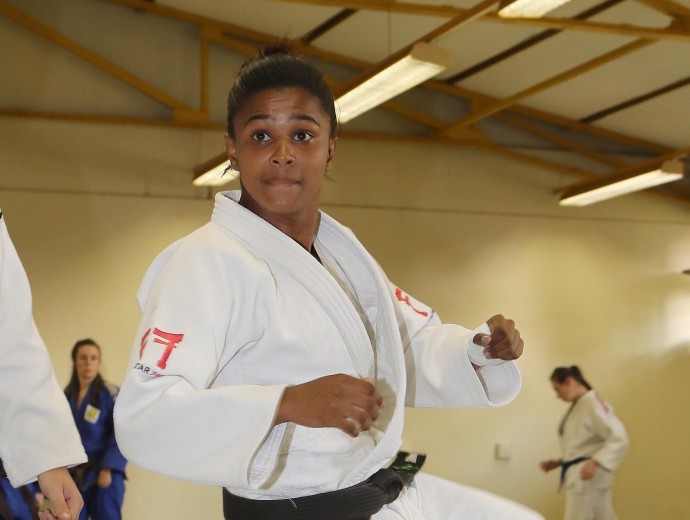