#TuksJudo:Tuks judokas rake in the medals at SA Open Tournament

Tuks’s judokas were in impressive form during the South African Open Tournament in Port Elizabeth winning no less than 30 medals (14 gold, seven silver and nine bronze).
It is indeed no secret anymore as to what colour medal DJ le Grange prefers. It has to be gold. He has won his seventh consecutive national title. In his judo career his gold medal tally stands at nine for now but it sure to increase.
According to Le Grange who is fighting in the under-66kg category he was not off to the best of starts in Port Elizabeth.
“I was sluggish in my first fight. Not executing as I would have liked but from my second fight, everything started to click. My opponent in the final was Siyabulela Mabulu. As has become the norm he put up a good showing. Unfortunately for him Zack Piontek and I did our homework beforehand. We had a definite strategy in place as to how I was going to beat him. It worked. I clinched the fight within three minutes.”
The next few weeks are going to be hectic for Le Grange. He is first getting married, and then he jets off to Budapest where he is going at a Grand Prix Meeting. Luckily his wife to be, René Strydom, understands what he is about as she is herself an avid judoka. She won a bronze medal at the SA Open Tournament.
Devan Stemmet (Tuks) ensured that he qualifies for the World Junior Championships by winning the gold medal in the under-73kg category. He earned a bronze medal fighting in the same division against the seniors.
Unelle Snyman (Tuks) who qualified earlier this year to compete at the World Championships won gold in the under-78kg category in Port Elizabeth. She was slightly disappointed as to the fact that she had only two fights during the whole tournament.
“I would have loved to spend more time on the mats. Unfortunately, there was some miscommunication during the tournament which led to me being unable to compete in the senior open category.”
Snyman who has her sights set in trying to qualify for the 2020 Olympic Games in Tokyo hopes she will also be able to compete at the Budapest Grand Prix Meeting.
“It is important for me to gain more international experience so I can be competitive at the World Championships. The reality is that the more I compete, the more I can improve my ranking. A good ranking means that I won’t get to fight the top judokas in my first fights during international tournaments. So I have a better chance of progressing to the medal rounds. Unfortunately finding sponsors to live my dream is a real challenge.”
Michaela Whitebooi who also has qualified to compete at the World Championships won two gold medals (under-48kg and under-52kg) at the SA Open Tournament.
The Tuks medallists
Pre-cadets: Zanya Lang (silver) and Garrick Rees (silver).
Cadets: Koketso Rammutla (silver), Thomas Breytenbach (gold), Donne Breytenbach (gold), Katja Lang (2xgold), Crystal Acton (silver).
Juniors: Devan Stemmet (gold), Thomas Breytenbach (bronze), Francois Strydom (bronze), Donne Breytenbach (gold), Jeandre Brand (silver), Charne Griesel (gold), Anastasia Nenova (bronze), Katja Lang (gold). Seniors: DJ Le Grange (gold), Devan Stemmet (bronze), Francois Strydom (bronze), Siyabonga Mngqeta (gold), Michaela Whitebooi (2 x gold), Jeandre Brand (bronze), Charne Griesel (silver), Anastasia Nenova (silver), Kayla Cameron (bronze), Rene Strydom (bronze), Unelle Snyman – gold.
Open weight category: Siyabonga Mngqeta (gold), Gedeon Mulamba (bronze). 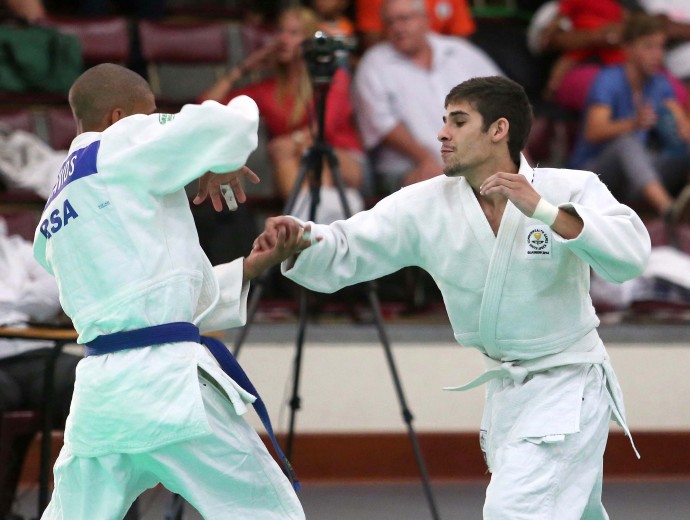