The Tuks Judokas had a good showing the past weekend at the African Junior and Cadet Championships in Burundi winning a total of 14 medals.
Nikola Filipov (Tuks head coach) could not help smiling as it is the best performance by the club’s younger judokas at an African Championships. He often refers to the youngsters as his Olympic generation, confidently predicting that one or more could represent South Africa at the 2024 Games. That is if he can find the proper funding to help them get the necessary international experience.
Donné Breytenbach (TuksSport High School) won bronze medals in the cadet (under-17) as well as the junior (under-20) categories. She fights in the under-52kg category. In the build-up to the championships, she also competed at a Budapest Cup Tournament where she took the bronze medal.
Her twin brother, Thomas, won a silver medal in under-73kg cadet category in Burundi.
The other Tuks judokas who medalled at the African Championships are Katja Lang (silver and bronze), Charné Griesel (bronze) and Devan Stemmet (bronze).
The Tuks judokas also won seven medals in the different team categories.
**The past weekend Tuks’s senior judokas competed at National Ranking Tournament at Wits.
DJ le Grange had four fights and won them all. The highlight for him was beating Siyabulela Mabulu who is South Africa’s top-ranked judoka in the under-66kg category twice.
The former Olympian, Zack Piontek, help Le Grange to prepare for the tournament.
“I could not train as I would have liked as I had a slight neck injury and I did not want to risk aggravating it. It meant that Zack and I had to strategise more as I could not only use brute force to try and win. It turned out to be exciting as we had a different game plan each time I fought. I outfoxed my opponents on the mat.”
Unelle Snyman who competes in the under-78kg category was excited to be able to have four fights during the tournament. She usually is lucky if she gets to fight once in a local tournament. She won three of her fights with an ippon.
“I am happy with the way I was able to execute my technique during the fights,” said Snyman who has been selected to represent South Africa in September at the World Championships in Azerbaijan.
Michaela Whitebooi who competes in the under-48kg category had only one fight.
“My focus was to improve my groundwork as I am still focussing on the mistakes I made during the Senior African Championships.”
Whitebooi will also represent South Africa at the World Championships.
To be better prepared the two South Africans would like to go to Europe and maybe compete in a few tournaments but in all likelihood, they won’t be able to do so due to a lack of sponsors.
Filipov is of the opinion that both of them are good enough to represent South Africa at the 2020 Olympic Games, but then they need to improve their international rankings. The only way to do is to by getting regular opportunities to compete internationally.
- Author Wilhelm de Swardt
Share this page
Published by Leonore Jordaan 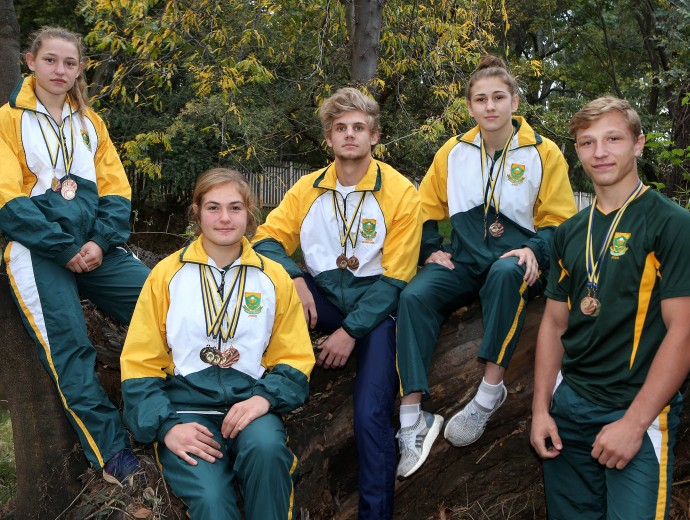