Charné Griesel is a self-confessed judo addict.
On the days she is not able to train she apparently battles to stay focused and on a terrible day she might even fight to fall asleep.
Griesel has good reason to be passionate about her sport of choice. When she was still young, she was hyperactive. It was recommended that she should be put on Ritalin, but her parents refused. They believed that participating in sport is a more healthy way for her to get rid of excess energy.
Her parent's vision might just lead to her representing South Africa at the 2020 Olympic Games in Tokyo.
Nikola Filipov (Tuks head coach) who has helped South African judokas qualify for the last three Olympic Games gets quite excited when he starts talking about Griesel's abilities as a judoka. Stating that she has what it takes to go all the way.
According to him, there are three definite peaks for female judokas. The first is between the ages of 17 and 18. Their fast reaction makes them formidable opponents on the mat. The second peak is between the ages of 21 and 22 and then again 24 and 25. Griesel will be 21 by the time of the 2020 Games.
She used to be also quite a talented hockey player, who has earned provincial colours. But when it came to the time to chose it was not a difficult decision.
"Judo to me is the ultimate sport. To be competitive, you need to be fit and have a physical presence on the mat, but that is not all. It is also very tactical which means you got to be able to make split-second decisions.
"When I compete internationally I do a lot of research on the strength and weaknesses of my opponents. It is essential to know whether they are right or left handed and which techniques they tend to favour so that I can counter.
"Through experience, I have learned that you can never afford to rest on your laurels during a fight. My main goal each time I step onto the mat to fight is to be better than the previous time."
With such an attitude it is no surprise that Griesel is the current South African cadet (under-18) and junior (under-20) champion.
A definite highlight last year was the opportunity that Judo South Africa organised for her and a few other talented youngsters to train in Hungary.
"It made me realise how many different fighting styles there are and if you want to excel, you must be able to adapt your fighting technique to each one."
Filipov laughs when he thinks back to when he started to coach Griesel.
"At first I could not remember her name, so I resorted to calling her 'hey you come here'."
According to Griesel she did not mind.
"Coach could have called me anything; I would have responded because I was learning so much from him."
- Author Wilhelm de Swardt
Share this page
Published by Leonore Jordaan 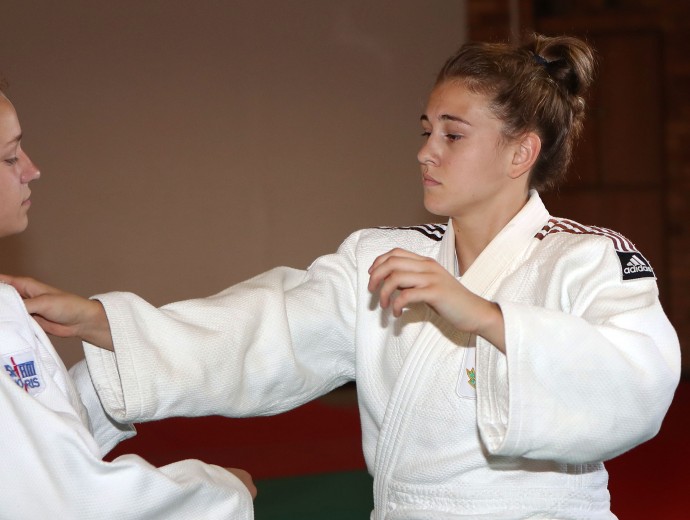