It has been a case of three out three as far as medals were concerned for the Tuks judokas competing at the Africa Open Tournament in Yaounde, Cameroon over the weekend.
DJ le Grange won a gold medal while Michaela Whitebooi and Unelle Snyman both won silver medals.
Le Grange won all four his fights with an ippon. It is awarded for a technique which is judged to be decisive.
Le Grange's passion for winning led to a small drama. In his second fight, he pinned Etoga Nama (Cameroon) with an arm-lock. Usually, a judoka will indicate by tapping on the mat that he gives up, but Nama refused to do so. That left Le Grange with no other option but to push a little bit harder down on his rival's arm. Unfortunately, in doing so, he broke Nama's arm.
"The moment it happened I felt terrible. It was not how I wanted to win. I sincerely  apologised afterwards to Nama."
In the semi-finals, Le Grange won against Tom Schmit (Luxembourg). The under-66kg final was an all South African affair with Le Grange getting to fight his compatriot, Siyabulela Mubulu. Le Grange is of the opinion that it might be the first time that two South Africans contested a final at an international tournament.
"It was a good fight because Siyabulela and I knew each other's fighting styles. That made it challenging to outwit him."
The Tuks Judoka was full of praise for the role his coach Nikola Filipov played in helping him to win the gold medal.
"Nikola is undoubtedly one of the most passionate and dedicated coaches. The night before our fights he was up until the early hours of the morning gathering information on the internet on what our rivals strong and weak points are. That enabled him to advise us during crucial moments to do the right thing.
"For the past few weeks, I had been training in the USA. I got some invaluable tips from the Jimmy Pedro, a USA Olympic judo coach. He especially helped me to improve my technique on the mat. Travis Stevens who won a silver medal at last year's Olympic Games in Rio enabled me to be tactically more astute. I am grateful to both of them."
Le Grange is more excited about Whitebooi's performance.
"I think at long last she made that breakthrough we all knew she was capable of doing. In the past, one of her most significant problems was that she did not believe in her abilities when competing internationally. She often lost before she had even stepped onto the mat.
"This time was different she was cool and calculated from her first fight. In her first fight, she beat Aziza Chakir (Morrocco) who won a bronze medal at the recent African Championships. With a bit of luck, she could even have won the final. But for now, it was just exciting to see her truly contest the final."
Argentine's Keisy Perafan won the under-48kg final.
Snyman had mixed feelings about her performance.
"To win a medal at my first senior international tournament has been amazing but at the same time, I am disappointed. I know I could have won if I had kept my cool right up to the end.
"I was ahead on points with about 30 or so seconds to go. Unfortunately, I got slightly over-eager wanting to increase my lead scoring some more points. That cost me the fight. There were some questions afterwards about a decision the referee had made, but I don't want to go into it. What has happened, happened. The important thing is that I have gained some valuable international ranking points."
Lucia Cantero (Argentine) won the under-78kg title.
- Author Wilhelm de Swardt
Share this page
Published by Leonore Jordaan 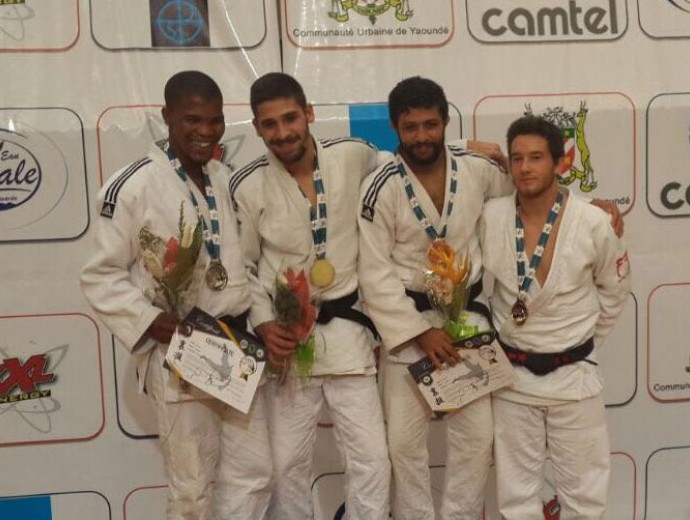