#TuksJudo: Tuks coach is confident that judokas can medal in Cameroon

The Tuks Judokas are in with a real chance to medal at the African Cup Tournament in Cameroon over the weekend.
Nikola Filipov (Tuks head coach) has no hesitation in saying that Michaela Whitebooi is from a technical perspective one of the best.
"If I can just get her to believe in her abilities as I do as her coach there is no reason why she should not win a medal at the World Championships or Olympic Games in the foreseeable future. It is a good thing that Michaela has been working with Monja Human (HPC sports psychologist)."
DJ le Grange has been training and competing in the USA and Canada during the last few weeks where he has achieved some decent results.
Filipov is on record that Le Grange is one of two South African judokas who currently have a realistic chance to represent South Africa at the 2020 Olympic Games in Tokyo the other being Whitebooi.
Filipov describes Le Grange as a fighter at heart which is what you need to succeed in judo.
The Tuks Judoka fully realises that to become the best means he should be on a constant quest to become even fitter and stronger.
"It is a case of having to keep on pushing the boundaries all the time. There is never any relenting if you want to succeed."
This hunger is what Filipov expects from all the judokas he trains. For him, it will always be about total dedication. Needless to say that the judokas being coached by him have been dominating during all the major local tournaments raking in the medals over the last few years.
Filipov has a definite opinion as to what it takes to succeed in judo.
“It is all about having a true fighting spirit. It will never be in judo just about how perfect you are able to execute a technique, or how strong and fit you are. Everybody is strong and fit. To become a champion you have to be able to push yourself to the edge of your limits day in and day out.”
To say Filipov is passionate about judo would be an understatement. He lives for the sport. For the last 44 years, he has either been participating or coaching.
Still, his quest to become one of the absolute masters of the sport has not subsided. In an honest moment, the Bulgarian will admit that there will never be a day when he can sit back and say now I know everything there is to know about judo.
“I will be the forever student of the sport.”
This quest has led to Filipov winning numerous medals. In 1992 he represented Bulgaria at the Olympic Games where he finished ninth. However, he is more proud of his achievements in Sambo (which is very similar to judo). He was the Bulgarian Champion from 1988 to 1995 not losing one fight. At the 1989 Sambo World Championships in New-York, he won a silver medal.
Unelle Snyman is the other Tuks Judoka who is competing in Cameroon.
- Author Wilhelm de Swardt
Share this page
Published by Leonore Jordaan 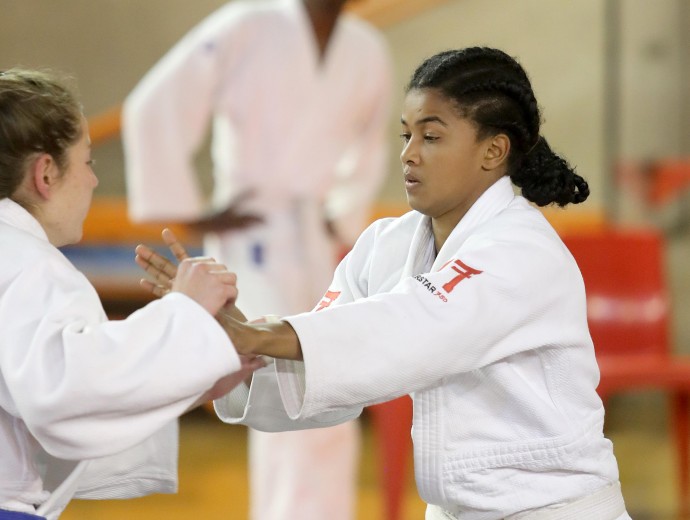