#TuksJudo: Snyman has her sights set on winning a medal at the World Championships

Somewhat of an overachiever is how the Tuks judoka, Unelle Snyman, describes herself.

It is not as if she is braggart; it has more to do with her thinking like a champion. Next weekend Snyman will be competing at the World Judo Open Championships in Marrakesh. She makes no secret of the fact that she wants to win a medal.

Snyman's judo CV is indeed impressive. As a youngster, she won gold and silver medals at the African Championships. In 2014 she represented South Africa at the Youth Olympic Games in Nanjing where she just missed out winning a bronze medal.

Judo has been part of her life from when she was five years old. Her brother, Ruan-Tobie, won a silver medal at the 2014 Commonwealth Games in Glasgow.

Fortunately or unfortunately Snyman's talents are not just restricted to grappling with opponents on a judo mat. She is also a talented netball player. It was, in fact, her netball skills that led to getting a bursary to study at Tuks.

She played Varsity Netball and provincial netball representing the Fireballs in the Brutal Fruit Series.

Oscar Knoester, her former judo coach, got Snyman thinking when he said that if she had stuck with judo, she might get to represent South Africa at the Olympic Games.

"I had a heart to heart talk with Jenny van Dyk (UP-Tuks head coach) asking her for advice as to the way forward. Jenny praised my abilities as a netball player but was honest in her assessment saying that if I wanted to play for the Proteas, it is going to take a lot of hard work.

"She even suggested that I should take up judo again to ensure that I don't have any regrets later on. She said if I want to play netball again I am more than welcome to rejoin the team."

Snyman is going to be in for a tough challenge in Marrakesh as it is an open championship which means there are no weight divisions. She could, for example, fight someone who is 20 kilograms heavier than her or 10 kilograms lighter. She usually competes in the under-78kg category.

"I don't foresee it to be a problem I am fast enough to be able to hold my own against lighter opponents and tall and strong enough to fight against heavier judokas."

The fact that Snyman mostly trains against men at UP-Tuks Judo might stand her in good stead at the World Championships.

She is full of praise for how Nikola Filipov (UP-Tuks head coach) has helped her to become a more competitive judoka.

"When I was younger, I won most of my fights using brute strength, but I can't afford to that anymore as my rivals are now capable of matching my power which means I got to think before I do. Nikola is a brilliant strategist." 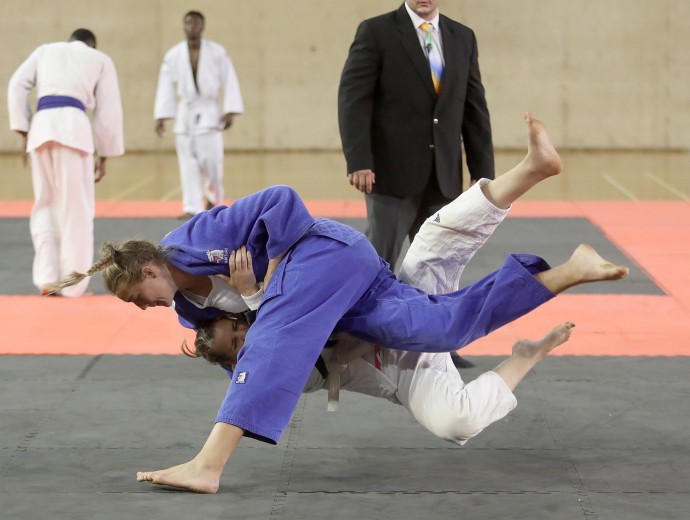