#TuksJudo: Le Grange is back and hungrier than ever to succeed on the judo mats

Sometimes you got to “lose” something to appreciate what you had.

DJ le Grange (TuksJudo) can vouch for it. He started competing in February again after being banned for two years for the use of a banned substance.

The past weekend at a South African Ranking Judo Tournament in Cape Town he was in outstanding form winning all four his fights in under two minutes. What made his performance impressive was that he won by ippon.

An ippon is awarded for a technique which is judged as decisive. It is usually a move which connects cleanly, with good form and with little opportunity for the opponent to defend against it.

It was only Le Grange’s fourth tournament since he has been allowed to compete again.

“I can’t describe how good it feels to be back on the judo mats testing my skill against opponents again. It is one thing to train and something else to compete.  At times over the past two years it felt like I was in ‘prison’ for I missed actively participating in judo so much,” said Le Grange who was placed fifth in the under-60kg category at the 2014 Commonwealth Games in Glasgow.

“The last two years were not all bad. I had time to do things other people do every day.  I bought a house, started a company with a friend and got engaged.”

Le Grange admits that the biggest mistake he made was to be careless in the medication he used.

“My advice to any youngster who is serious about sport is to make sure before taking any medicine. If in doubt don’t use it. It is not worth it to put your sports career at risk.”

Nikola Filipov, TuksJudo coach, is on record that Le Grange is one of two South African judokas who currently have a realistic chance to represent South Africa at the 2020 Olympic Games in Tokyo. Filipov describes him as a fighter at heart which is what you need to succeed in judo.

Le Grange doesn’t want to even think about the Olympic Games at the moment. It is a case of first things first.

“I had a good tournament in Cape Town. I was able to win my four fights using different techniques but I am not going to fool myself. My work rate going to ground is not what it should be. I still need to work towards improving my various gripping methods.
“The nice thing is that I have improved my national ranking in the under-66kg category to third position. My goal is to be number one by the end of the year.  I got no plans to compete internationally this year.  I will only start doing so next year as that is when the Olympic qualification for Tokyo starts in earnest.”

Le Grange’s next big tournament is the South African Championships at the end of June. 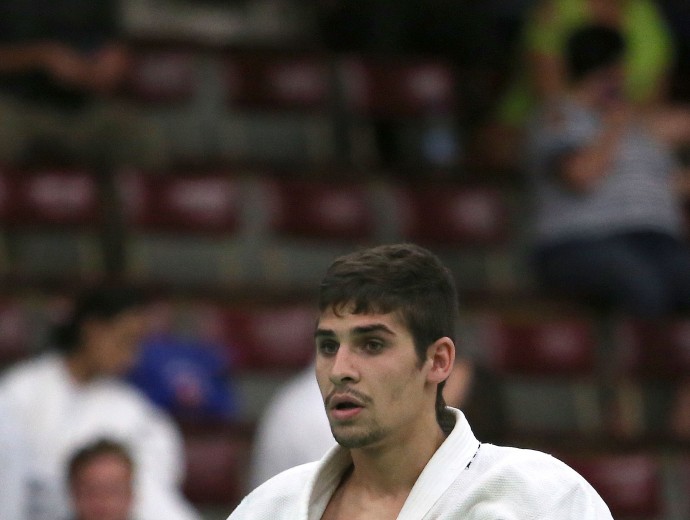