#TuksJudo: Stemmet hopes to Cause a Surprise at the Senior African Judo Championships

As an eighteen-year-old Devan Stemmet (TuksJudo) will certainly be considered as a novice when he steps onto the judo mats to fight for the first time at the Senior African Championships in Madagascar.

However, if his nerves hold out he might just cause a surprise or two in the under-66kg category. He already proved at the South African Ranking Tournament in Bloemfontein that he can hold his own against older and more experienced opponents when he managed to beat the South African senior champion twice in one day.

What made his achievement remarkable is the fact that 29-year old Siyabulela Mabula who has been the South African Senior Champion for the last seven years had not lost a local fight until his encounter with Stemmet.
Stemmet has no hesitation in describing it as one of the magical moments of his judo career. It made him realise that anything is possible if he puts his mind to it. The TuksJudoka was in awesome form at the SA Trials and SA Ranking Tournament winning 12 out of his 14 fights with an ippon.
“In spite of it going to be my first time competing at a Senior African Championships, I believe that I can win a medal if my nerves don’t act up. The problem with being a judoka in South Africa is that we don’t get many opportunities to compete internationally so we tend to lack confidence. In a worst case scenario, I could at least win one or two fights.”

Stemmet is so serious about giving a good account of himself in Madagascar that he has approached Jacques van Zyl a former Olympian for advice.

A big disappointment for Stemmet was to forgo the opportunity to represent South Africa at the African Junior Championships in Egypt. He has won bronze medals on two previous occasions at the Championships.

Stemmet has an interesting story to tell about how he began competing in judo. He just started doing it. The first time his parents realised that he was participating in judo was when he brought them a coaching bill which needed to be paid. Luckily for him after his parents saw how committed he was and they fully supported him.
It has not been an easy journey for Stemmet. In the beginning, he remembers losing about every fight he fought at tournaments but there was no way that he was going to quit. As they saying go practice makes perfect and it definitely did. 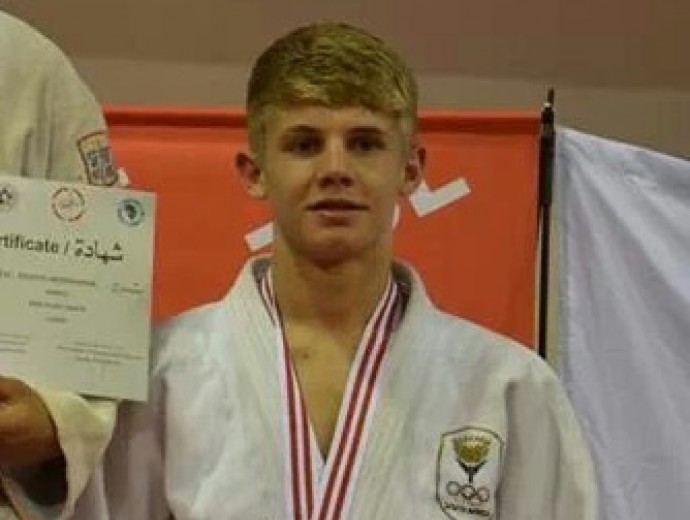