It was a case of the judokas arriving, seeing their opponents and “conquering” them. In the two tournaments the 21 TuksJudokas won 27 gold medals, 11 silver medals and five bronze medals.
It’s not often that Nikola Filipov (Head Coach) has a good story to tell about nearly everyone who competed.

Eighteen-year-old, Devan Stemmet who won gold in the under-66kg senior category was one of the big stars. He caused quite an upset in the Ranking Tournament when he managed to beat 29-year-old Siyabulela Mabula who has been the South African Senior Champion for the last seven years and has not lost a local fight up to the weekend.

What is equally impressive about Stemmet’s performance is the fact that in the two tournaments he fought 14 times winning 12 of his fights with an ippon.

An ippon is awarded for a technique which is judged as decisive. This is usually a move which connects cleanly, with good form and with little opportunity for the opponent to defend against it.

Filipov was also impressed by the way Dale Whittaker won the gold medal in the under-81kg category at the Ranking Tournament. He describes Whittaker as a judoka who can analyse a fight and do the right thing at the right time to ensure a victory. At the same time Filipov is a bit concerned about the way forward for Whittaker.

“I honestly think Dale has the ability to qualify for the 2020 Olympic Games in Tokyo but for that to become a reality he needs to get the opportunity to train and compete internationally. If he only trains at TuksJudo he will never fulfil his true potential because there is no other judoka at the club who also competes in the under-81kg category. It serves no purpose for Dale to keep on training against lighter opponents.

“Gernonay Whitebooi faces the exact same problem. I think it is time that I help a South African female judoka to qualify for the Games.  Gernonay is talented enough to be the one but again she won’t qualify for the Games if she keeps doesn’t get enough competition as there is no one else in her under-48kg division to train with.

“Over the weekend she had just two fights. One was in the under-52kg division and one in the under-57kg division. She won both but it is a far from ideal situation. There is a big risk of serious injury if she fights an opponent who weighs nearly 10kg more than she does.

“The under-48kg category is really a problematic division in African judo. I think in the whole continent we will battle to find 10 judokas competing in her weight category. That is why I want her to go and train for three weeks in Japan as part of her preparation for the African Championships. On any given night she will be training against ten or more judokas in the same category.

“Geronay needs to be exposed to international training to build her confidence. The only way she can get more confident is to regularly train and compete against international judokas.” 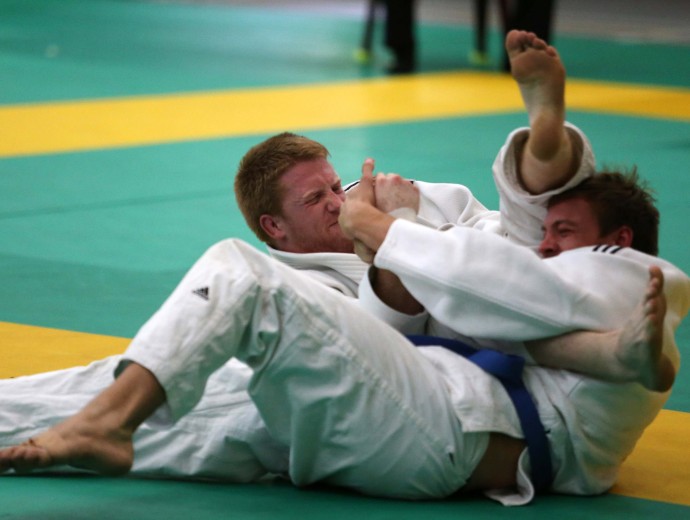