#TuksJudo: Piontek's Olympic dream is at a long last a reality

When Zack Piontek steps onto the mat in Rio on Wednesday for his first ever judo fight at an Olympic Games, a father-and-son dream that started 14 years ago will become a reality.

The 2014 Commonwealth Champion (under-90kg) does not predict that he will win a medal, but he does promise that whoever his opponent is will not have an easy time of it. With a little bit of luck, he might even cause an upset.

For Piontek, the Road to Rio started when he was 11 years old and his father, Carl, called him aside after a judo practice to talk about the Olympic Games. 'I was made to understand that if I really buckled down and trained hard I could one day represent South Africa at the Olympic Games,' the Tuks/hpc judoka said. 'At the time I did not really know what my dad was talking about but the way he spoke made me realise that it was something big and special, a must-do competition for any judoka who is serious about the sport.'

To say that Piontek grew up on the judo mats is not an exaggeration. His father is a judo coach in Pretoria and Piontek accompanied him to the club from the age of five. At first he just played around on the mats but it did not take long for the youngster to start mimicking what the older kids were doing and before long he was actively participating.

The first time Piontek proved that he had what it takes to compete against the best was in 2010 at the Commonwealth Championships in Singapore. He won a gold medal in the junior category, as well as two bronze medals in the senior categories. What made his performance remarkable was that he broke the scaphoid bone in his wrist on the first day, but even that could not prevent him from continuing to fight for two more days.

'There was no way that I was going to quit. I had to make the most of the opportunity to compete against the world's best,' he said.

According to Piontek, the real breakthrough moment in his career was when he joined the TuksJudo club. Under the guidance of Nikola Filipov, who represented Bulgaria at the 1992 Olympic Games, he started to thrive. 'Nikola is an amazing coach. What I really appreciate about him is the way he stays up to date with what is happening in the world of international judo. He spends hours on the internet every day doing research. He sends emails to the coaches of top judokas or Skypes them to exchange ideas. In short, Nikola goes out of his way to ensure that the training we get is exactly the same as that of most of the top judokas.'

In the past 14 months, Piontek has twice managed to win silver medals at the African Championships. He also won a bronze medal at the Pan American Open World Cup in Lima and finished fifth in Grand Slam in Tyumen.

Listening to Piontek talk about judo, it is clear that he is passionate about his sport. 'I certainly do not want to compete merely for the sake of competing. However, the sad truth is that judo is not a sport in which millions can be made. Trying to win an Olympic medal is a lone crusade with no guarantees.' 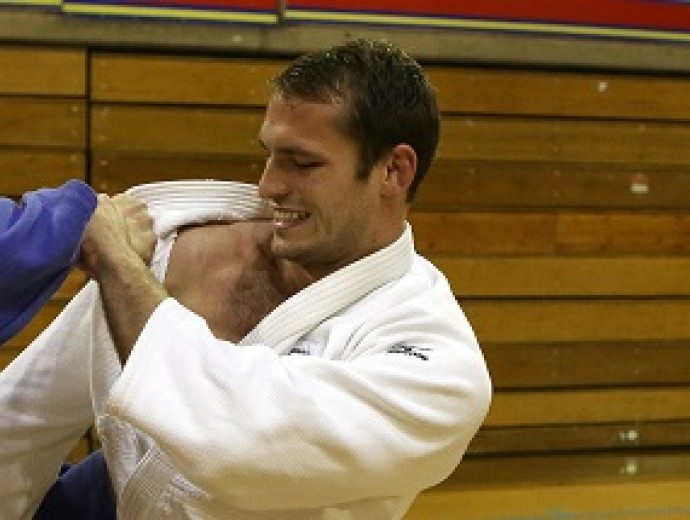