It took approximately four years for Dale Whitaker to become a champion. This past weekend, the Tuks/hpc judoka won the gold medal in the under-80 kg category at the Commonwealth Championships, which took place in Port Elizabeth. Four years ago he won the junior title at the same championships.

Geronay Whitebooi and Sinothando Mva (both Tuks/hpc) won bronze medals in their respective categories. When asked how it feels to be a champion again, Whitaker replied: 'I am quite relieved.  It is the first ''big'' title I have won as a senior judoka. I badly needed to win because there comes a time when you start doubting your abilities. I have now proved that I am still on track. My next goal is to win a medal at the African Championships.'

Despite being a versatile athlete at school, 22-year-old Whitaker always knew that judo was going to be the sport in which he would try to make a name for himself. 'What I love about judo is that it is not always the big guys that win. Small guys who are disciplined and able to think on their feet always have a chance to outsmart a bigger opponent. I don't think many people understand what it takes to be a judo champion. You have to be tactically astute and must accept the possibility that you may get injured each time you fight. Sometimes, after a fight, I am quite bruised and my muscles are stiff, but if I won the pain does not matter.'

Whitaker won all three of his fights with an ippon.

Whitebooi, who is an African Junior Champion, finished third in the under-48 kg category and feels that she has failed at the Commonwealth Championships. 'It is not easy for me to admit this, but I have to be honest with myself. I have learnt from my mistakes and am now more motivated than ever to regain the number-one ranking in my weight category,' she said. 'I think there are two main reasons that I did not win. Firstly, I still battle to believe in my own abilities; I am too nervous when I step onto the mat to fight. My second shortcoming as a judoka is that I lack experience. If I ever want to have a chance of becoming truly competitive in international competitions, I must have the opportunity to compete against the world's best.'

Whitebooi hopes that she will get an opportunity to compete at the African Senior Championships that will be held in Morocco in July. 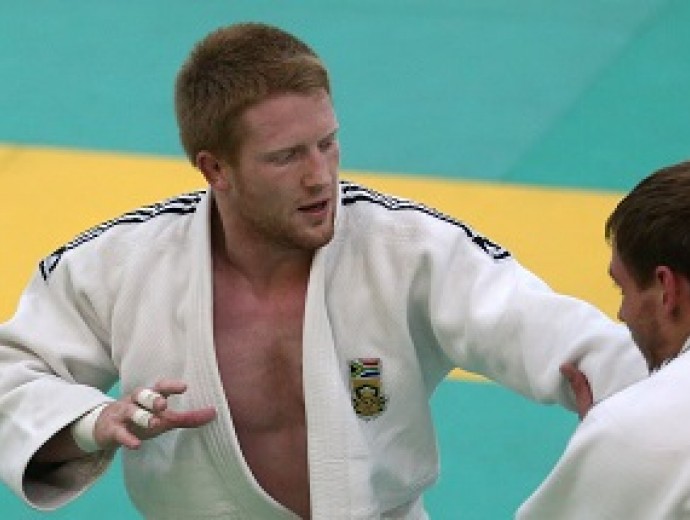