#HighPerformanceCentre: Supporters welcome the return of the FNB Varsity Cup after lockdown

After the absence of any spectator-based sporting events in 2020 during the nationwide lockdown brought about by the COVID-19 pandemic, supporters of the annual FNB Varsity Cup were pleased to welcome the return of this popular university sporting event, albeit via televised broadcasts. This event has grown in popularity since the first FNB Varsity Cup tournament was held on the sports grounds of the University of Pretoria (UP) in 2009, growing from eight participating teams at the first tournament to 17 taking part in the Varsity Cup and Varsity Shield competitions in 2021.

According to Francois Pienaar, who has been involved in Varsity Cup since its inception, sponsors FNB and Steers, in collaboration with Advent Sport Entertainment and Media (ASEM), came together to discuss how best to bring back this exciting tournament in 2021 amidst the health and safety restrictions imposed by the lockdown regulations.

Making use of UP’s premier facilities, arrangements were made to play this year’s Varsity Cup and Varsity Shield tournaments in a secure bio-bubble from 4 April to 24 May. The members of all 17 teams were hosted at the Varsity Cup Village at UP’s sports centre for the duration of the tournament. During the Varsity Cup tournament, eight of the teams were accommodated at UP’s Future Africa Campus, while the remaining two teams stayed at the High Performance Centre (hpc) on the Hillcrest Sport Campus. During the Varsity Shield tournament, five of the teams stayed at Future Africa and two teams stayed at the hpc. The players all had access to the world-class facilities of TuksSport and the hpc. TuksSport also set up a gym for the exclusive use of the players. Bookings ensured the staggering of players in the gym. Teams took their meals in a common dining area on a rotational basis, with the dining areas at the two venues being split into two or three separate spaces.

The matches were played across five “bubbles” at three venues in Pretoria: Tuks Stadium, Tuks B-field and Loftus Versfeld Stadium, in close proximity to UP. For the Varsity Cup tournament, the first bubble comprised the first three rounds of the tournament from 4 to 11 April. The second bubble (rounds four to six) took place from 22 to 30 April, while the last bubble (rounds seven to nine) took place from 10 to 16 May. The top four teams on the log remained in the third bubble for the play-offs, which were to take place on 21 May, with the finals scheduled for 24 May. The Varsity Shield tournament followed a similar schedule in alternating weeks.

This format enabled players to return to their respective universities for the 11 days between bubbles for in-person tutorials, practicals and tests. Although being able to leave the village between bubbles gave the players the chance to relax and recharge, they had to be extra vigilant when they were around family and friends to ensure that they tested negative on their return to the Varsity Cup Village for the next round of matches.

The players benefitted from the free time between matches to study or to just switch off from rugby and could make use of dedicated study areas. Team managers had to ensure that the players were well prepared mentally for this new format, which entailed playing without any fans to cheer them on, with the marked absence of the famous Varsity Cup student vibe.

The teams were kept in separate “pods” while in the village and were not allowed to interact with each other on non-match days. All the players had been tested for COVID-19 in the four weeks prior to the tournament, as well as two days before entering a bubble, and were monitored on a weekly basis by the medical team. The stadiums at which the matches were played were divided into zones, and both government’s COVID-19 protocols and the tournament’s own protocols were adhered to at all times to ensure the safety of the players, coaches, managers and officials. Limited numbers, based on accreditation, were allowed in the stadium for each match.

The media – and particularly SuperSport – played an important role in bringing the excitement of the tournament to spectators. As an indispensable partner, SuperSport broadcast all the matches – either live or streamed. Of the 48 Varsity Cup matches, 34 were broadcast live, while all 22 Varsity Shield fixtures were broadcast.

According to the players, the accommodation provided by UP was phenomenal, and all the arrangements were impeccably made. The organisers of the FNB Varsity Cup commended the University for the amazing support that was provided for this unusual tournament.

Steven Ball, TuksSport Director and Acting CEO of the High-Performance Centre, is pleased with the success of the University’s presentation of the Varsity Cup and Varsity Shield tournaments for 2021. “Presenting the tournaments in this format allowed UP to consider how it does business during difficult and unprecedented moments in time,” he said.

This event also provided the opportunity for numerous stakeholders across the University’s structures to work together to present a successful tournament. This included TuksSport, the hpc, Future Africa, the Sport, Exercise Medicine and Lifestyle Institute (SEMLI), the Department of Facilities Management and the Department of Information Technology Services.

“It was a massive and structured effort, in which we solved a major problem in a controlled, structured and responsible manner, partnering with ASEM and FNB Varsity Cup to facilitate the first student competition and a one-of-a-kind sporting event in more than a year. Our appreciation goes out to UP’s Executive for its support and backing in this initiative, which allowed us to plant a stake as the leading sporting university in Africa,” concludes Ball. 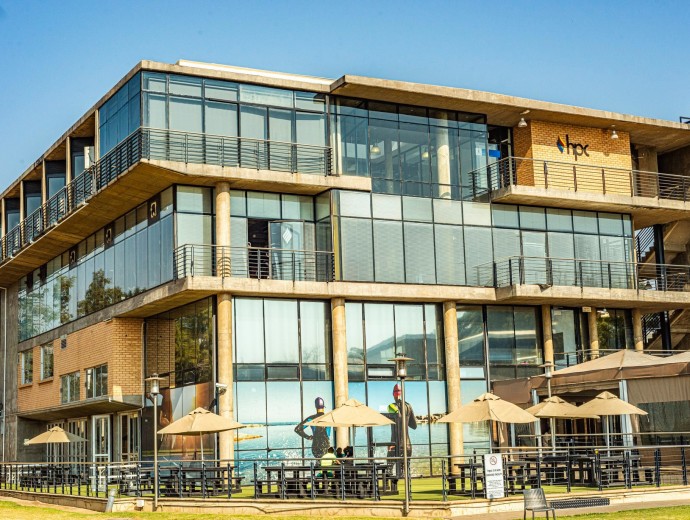