Emile Erasmus of Tuks, could be described as the South African sprinter who got lost in action, but it will be a mistake to forget about the "big man".

COVID-19 pandemic allowing 2021 could be the year in which he resumes his battle with the stopwatch in earnest. If he "wins" it is guaranteed that he will make media headlines.

The last time Erasmus raced was 13 April 2019. 21 months have since elapsed. Few might remember that he could lay claim of being South Africa's second-fastest over 100 metres in 2018. If he had improved by a mere 0.02s on his best time of 10.01s, he would have made athletics history. Dipping under ten seconds is one of the elusive milestones for white sprinters.

It was, however, not meant to be. The Tuks athlete got injured. It is sort of the story of his sprinting career. Every time Erasmus seems to be on the verge of a breakthrough, he tends to suffer a setback which means he needs to postpone his goals.

But he is not ever going to allow himself to become despondent. From that very first moment when he settled in the starting blocks to race, only one thing mattered. It is to run the perfect race come what may. Erasmus promised himself not to quit until he does so.

2020 will always be remembered as the year in which a virus changed life, as the world knew it, "forever". But in some small way, it might have been a blessing in disguise for Erasmus. For once, he was under no pressure to rush to be able to race. He had 12 months to prepare his body for the challenges that come with continuously pushing the boundaries. Fixing those niggles that tended to bring his career to an abrupt halt in the past.

"When I am adequately conditioned my times over the 100 metres improve."

The Tuks sprinter does not doubt that he can dip under ten seconds over 100 metres, but he does not want to be obsessed about it.

"I don't believe in setting a specific time as my goal. Experience taught me when you get obsessed, it is guaranteed that you will end up running one of your slowest races as you tend to tense up. Therefore my focus is on executing each phase of the race to perfection. If I succeed, it will be a fast time."

According to Frans van Rooyen, Erasmus's coach, they hoped to start racing in January, but due to the latest Covid-outbreak, they will have to wait.

"To train and to race, come with entirely different challenges. An athlete might think he is giving 100% during training, but the intensity is never the same as when racing," Van Rooyen explained. 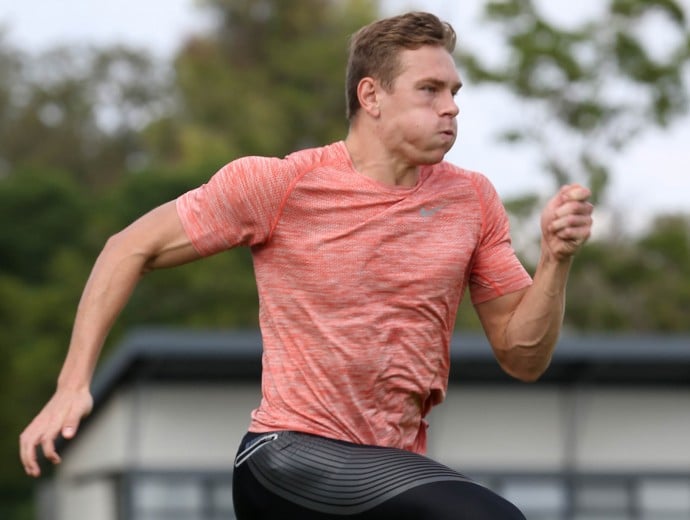