The Safa Girls Soccer Academy based at Tuks is where talented players become match-winners, or so it seems, judging by Banyana Banyana's heroics.

By now everyone should know that Banyana Banyana won the Cosafa Women's Championship trophy beating Botswana 2-1 in the final. What might not be known is that 12 of the national team's players fine-tuned their skills as youngsters at the Academy.

Sibulele Holweni who received the Golden Boot award for being the top goalscorer is one of them. She scored eight goals in five games during the Cosafa Tournament. Last year as an 18-year-old she represented Banyana Banyana at the Fifa Women's World Cup Tournament in France.

Holweni is quick to say that everything started for her when she got selected to go to the Academy.

"It was never only about football while I was at the Academy. From day one, it became clear that no sports career lasts forever. We had to be as passionate about our studies as were about football. Being at TuksSport High School made it easier. It became contagious to train and study.

"At the Academy, I got to play from a young age with quite a few of my current Banyana Banyana teammates. It helped us to get to know and understand each other. We are now not mere teammates. We are friends sharing the same goal. That is to be the best we can be."

Sheryl Botes, head coach at the Academy, said the very first time she saw Holweni playing as a 14-year-old the signs were already there that is she is going to be a player for the future.

"That is why I arranged to get her to the Academy. To work with Sibulele over the last five years was an incredible opportunity for me as a coach. She has this willingness to learn to be better tomorrow than she is today. It was clear that she loves scoring goals.

"I could see that she was good at striking and driving the ball with her right foot. So at first, I played her on the right-hand side so that she can use her right foot all the time. Only when I was satisfied, I switched her to the leftwing. I wanted her to be as effective striking with her left foot. Nowadays she scores with both feet."

As a coach, it will always be for Botes to make a difference in a player's life.

"If I see a talented player with fantastic skill, it puts a smile on my face, and I get that 'Wow feeling'. It is as if all the challenges there might be fades away. All that matters is to get this 'Wow player' to play to the best of their ability. The goal I set myself is to identify at least one exceptional player, a rough diamond, every year."

Getting Holweni to talk about any of the goals she scored during the Cosafa Tournament is near impossible. In near every one of her sentences there is a reference to her teammates. Her message is clear that any striker is only as good as her teammates allow her to be. There is certainly no "I in team" as far as she is concerned.

When pressured she said she owed it to her Banyana Banyana teammates and coach, Desiree Ellis, to score in the final against Botswana.

"I 'fluffed' a goal-scoring opportunity in the semi-final against Malawi.  To me, it felt like I had let the team down. Coached Desiree explained where I had erred. I was not going to make the same mistake twice," said Holweni, who scored the first goal in the final against Botswana. 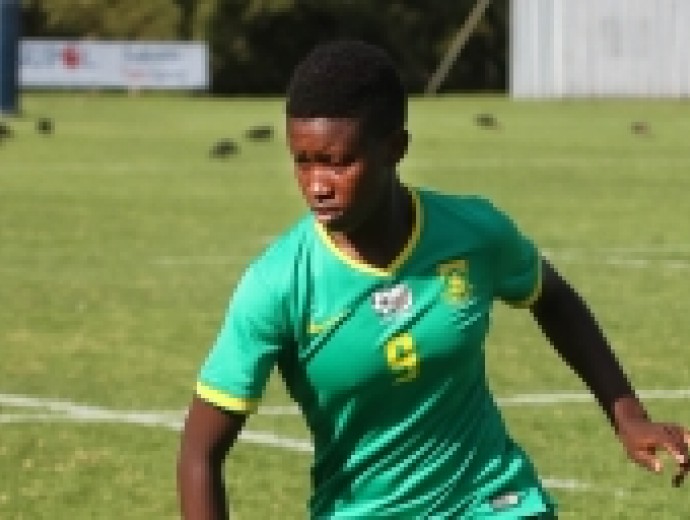