#TuksNetball: Player makes up what she lack in size with guts

Making sure the "numbers add up" is something the 19-year-old TuksNetball player Tracey Mthunzi is passionate about.

Therefore the BComm Financial Science student can't wait to take to the court in Bloemfontein from next week when the Jaguars will be out to try and remain the Telkom Netball League champions.

It is the first time she is representing the Jaguars. Mthunzi will play as wing attack, wing defence or centre. She does not mind where she plays as her role basically remains the same. It is to try and intercept the ball. If she does, there is a real chance that the numbers on the scoreboard will keep on adding up. In netball, that is what matters.

Mthunzi is only 1.62 metres tall. Which is small for netball. The average height of players is usually between 1.7 metres and 1.9 metres. She is not fazed by this statistic.

"Length to me is not a factor. All it means I can't play in the circle, but for the rest I am OK. If you got the speed, nothing is impossible. I am confident that I can outrun most opponents. My challenge will always be to get to the ball first. If I don't, things might get tricky."

The Proteas netball captain Bongi Msomi was Mthunzi's role model while she was at school.

"It is crazy to think that from next week I might get to contest for the ball against the likes of her and she is only one of the big names I might be up against. It makes me nervous and excited at the same time."

Admittedly she is rookie when it comes to playing the Telkom Netball League, but it does not mean Mthunzi does not know what is at stake.

"We, as the Jaguars, is the team with the target on our backs—the team to beat. But if there is one team that is up to the challenge, it is the Jaguars.

"I don't think there is going to be such a thing as an easy game. Netball is an intense game. It said it is not a full-contact sport, but it not true. Any game boils down to full contact which things do get rough. The thing is not to let it get to you. It is important to stay focus."

The Jaguars have won the tournament for the last three years.

Mthunzi is serious about making a name for herself on the netball courts, but it not the main drive in her life.

"I came to Tuks to study. My philosophy is that I am a student-athlete, not an athlete student. I want to finish my degree as it is my goal to hopefully work as a tax advisor." 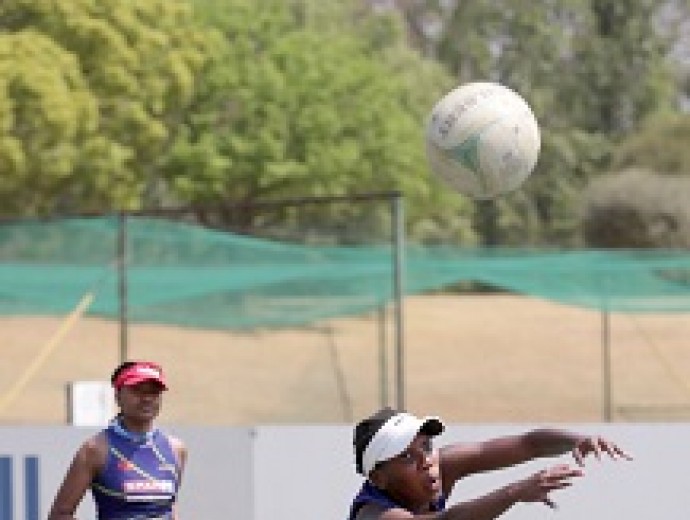