#TuksSport: Jake White and the “Kop Dokter” to run the Meiringspoort Virtual Race

On 10 October the Bulls will take on Griquas in a Currie Cup encounter at Loftus. It is, however, not going to stop Jake White and Dr Henning Gericke from running the Optimum Meiringspoort Virtual Race.
They are challenging the coaches of the other Currie Cup teams to consider doing the same.
According to Gericke, they still got to decide whether they will be running 5km or 12.5km. If he has his way, they will opt for the long run to get the endorphins "flowing".  It will increase the chance of experiencing a "runner's high," leaving them to feel positive and energised for the big encounter at Loftus.
It is, however, not the only reason why the former Springbok World Cup coach and the "Kop Dokter" decided to do the Meiringspoort Virtual Race.
"It is essential to everyone involved with the Vodacom Bulls to acknowledge the support of our fans across South Africa. To do the race is an excellent way to do so. It is all for a good cause. By running for about an hour, we will be contributing towards the De Rust Covid-19 Feeding Scheme, Herberg Children's Home in Robertson, and various other local community projects."
Gericke said they as a family had planned to come to do the Optimum Meiringspoort 21km. It would have been the first time they did so.
As a sports psychologist, Gericke is considered by many as the go-to guy. The one who can make athletes believe anything is possible.
There is certainly merit in this. The Tuks Alumni has, after all, played a role in helping the Springboks win the Rugby World Cup in 2007; Cameron van der Burgh to win gold during the 2012 Olympic Games in London and Sunette Viljoen to win silver during the 2016 Rio Olympic Games.
If he wanted to Gericke could tell countless stories of how he helped athletes and teams fulfil their goals, but he won't as he does not believe that success in sport should be about psychologists. It is about the athletes—the "guys and girls" who get to push the boundaries through their self-belief and hard work.
Currently one of Gericke's priorities is helping the Blue Bulls prepare for the Currie Cup Tournament. He is doing so because the 2007 Springbok World Cup-winning coach, Jake White, has not forgotten what a calming influence he brings to a team.
"Because I was an athlete myself, I have a good understanding of the needs and uncertainties athletes face every day. It also made him realise that winning and losing go hand in hand.
In the late seventies, Gericke was one of the most exciting prospects in South African middle-distance running. In 1977 he set a youth world record in the 1500m by clocking a time of 3:45.30 in Stellenbosch.
In 1984 he again got selected for the Junior Springboks. He also qualified to represent South Africa in the 1500m at the 1984 Los Angeles Olympic Games, but due to Apartheid, he was not allowed to compete. He managed to run ten dream miles (sub-four minutes) in his career.
The Tuks athlete retired in 1985 to focus on his psychology studies at the University of Pretoria.
- Author Wilhelm de Swardt
Published by Leonore Jordaan 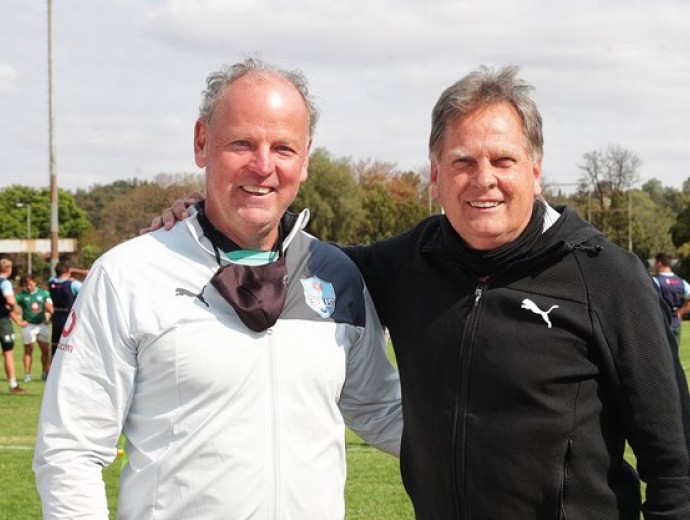