#TuksAthletics: Semenya possibly has the longest winning streak over 800m

The Tuks female athlete of the century, Caster Semenya, may have lost her appeal to the Swiss Federal Tribunal but her legacy as an 800-metre athlete will remain for a long time to come.

And rightfully so. Semenya was not once beaten in the 800 metres from 14 September 2015 to 30 June 2019. In those nearly four years she won 31 consecutive international races. She has also won countless races during local meetings.

Danie Cornelius (TuksAthletics manager and statistician) reckons her winning streak could be the one of the best ever by any female track athlete.

Research done by Total Running Productions might prove Cornelius's assumption to be correct. They compiled a top ten list of the longest winning streaks. It includes only three female athletes. None of them raced on the track.

Russia Yelena Isinbanyeva gets a special mention having not been beaten in 23 consecutive pole vault competitions. Jackie Joyner-Kersee won 16 heptathlon competitions on the trot.

The chances of Semenya racing the 800 metres in the foreseeable future are slim after the Swiss Federal Tribunal ruled that female athletes with a high natural level of testosterone must take medication to reduce it.

According to Cornelius, there are still other legal avenues open should Caster decide to contest the Tribunal's findings.

"But it might turn out to be a costly fight.  World Athletics won't ever let the matter rest. Such a legal battle could take years.

Apart from the 800 metres the Tribunal's ruling also means that Semenya can't compete in the 400 metres or 1 500 metres. She is the South African record holder in all three distances.

"I can only hope that Caster doesn't quit athletics. It would be a blow to South African athletics. She has inspired so many young athletes at Tuks with her guts and determination."

Semenya has indicated that she wants to try and qualify in the 200 metres for the Tokyo Olympic Games. It is, however, going to be a tough challenge. Currently, her best time is 23.49s. The Olympic qualification standard is 22.80s. During the 2016 Rio Olympics Elaine Thompson (Jamaica) won gold running 21.78s. The slowest time in the final was 22.69s.

"Caster is strong and fast. It is what is needed to be competitive in the steeplechase. Her best quality as an athlete is her mindset. She does not know the meaning of giving up. From 2008 she has been under pressure. Often she was unfairly criticized even insulted. A lesser athlete would have thrown in the towel a long time ago. Caster seems to get more motivated.

"If Caster put her mind to it, she could come close to winning medals, even an Olympic medal, in the steeplechase."

Ilze Wicksell, the first South African female athlete, to have dipped under two minutes in the 800 metres, is disappointed by the Swiss Federal Tribunal's decision.

"Caster has not done anything wrong. All that she has ever asked for is the right to race. When I was still competing, it was all I also wanted to do. Why can't Caster be allowed to make the most of her talents?

"I can't help but wonder why the World Athletics decided the ruling about testosterone levels should only apply to certain athletics events and not all. That would have been a fair decision." 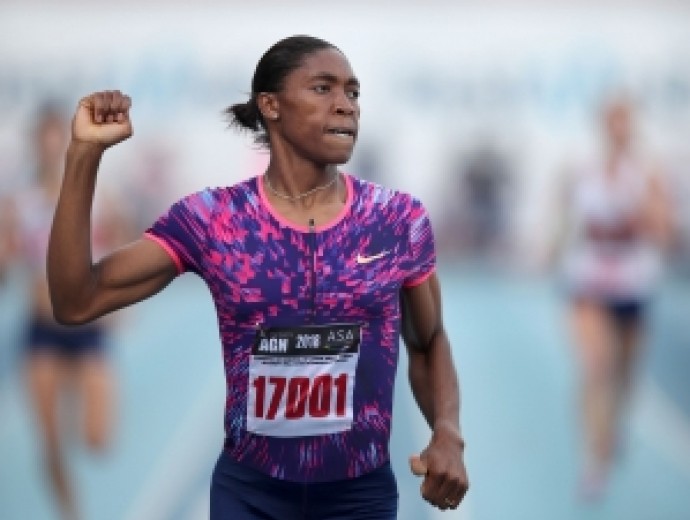