#TuksAthletics: Simbine races to his 3rd victory of the season in Italy

Akani Simbine retained his unbeaten streak in the 100 metres for the season when last night he won the short sprint during the 56th Palio Città Della Quercia Meeting in Italy.

The Adidas-Tuks athlete was not the only South African to win. Raswahl Samaai was victorious in the long jump with a distance of eight metres.

Simbine's winning time was 10.17s.  The Italians Marcell Jacobs and Fostine Desalu were respectively second and third clocking times of 10.21s and 10.33s.

Simbine's coach, Werner Prinsloo, had reason to smile. Last week in Marseille, the Adidas-Tuks athlete's winning time was 10.19s. In March Simbine was victorious over 100 metres clocking 9.91s. It is still the third-fastest this season in international athletics.

"I knew it was going to take time for Akani to become race fit. Last night's result proves that he is slowly but surely getting to be at his best. He was 0.02 seconds faster than six days ago.

"We still got two races left. Weather allowing he ought to dip under 10.10s next Tuesday in Switzerland. The 'big' race is going to be the Rome Diamond League Meeting (17 September). If Akani can run sub ten seconds, it would be mission accomplished for us."

According to Prinsloo he and Simbine have already discussed last night's race.

"I was impressed by Akani's top-end speed. That bides well for next week. We have, however, identified a few small things in his technique which we need to work on. For one he needs to be faster out of the blocks. If Akani has a good start, there are very few sprinters who will be able to beat him. Basically sprinting will always be about marginal gains." 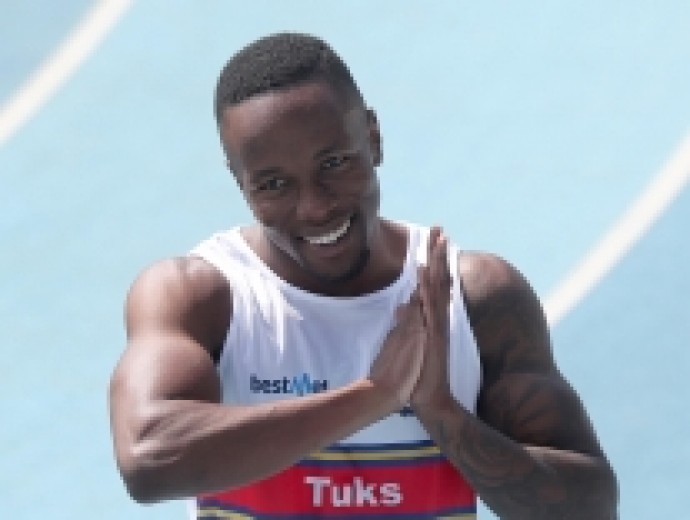