Tuks's women's squash team bagged their first title for the season when they won the Northerns Blitz League.
In the final played at Harlequins, they faced off against CBC. It turned out to be quite a tightly contested affair. What made the difference in the end, according to Mariska Wiese was Tuks's camaraderie.
"The four of us had only one goal, and that was not to let the team down. It meant we fought for each point we played. Our coaches at Tuks also deserve a lot of credit. They left nothing to chance."
The Tuks players certainly seem to each have their own unique way of approaching a game. Helena Coetzee will tell you it is about never giving up.
"It is a matter of pride to me to chase down every ball. If you can do so, you start to frustrate your opponent as it gets to a stage where they don't know what shots they need to play to win a point. I also like to dominate the centre of the court. It makes it easier to dictate the play."
Jessica McDonald prides herself in being able to quickly identify any opponent's strengths and weaknesses and adapt her way of play to it. She also favours a no-nonsense approach on the court.
"I like to get any rally over and done with as soon as possible."
Nothando Ntimane compares the way she plays as a means of expressing herself on the court.
"Squash is a high paced game in which you need to be able to think on your feet. When I play, I am totally focused on everything that happens on the court. One moment's lapsed concentration is all it takes to be caught off-guard. In a way, squash seems to calm me. At times it feels like it is only me and the ball. Nothing else matters."
- Author Wilhelm de Swardt
Published by Leonore Jordaan 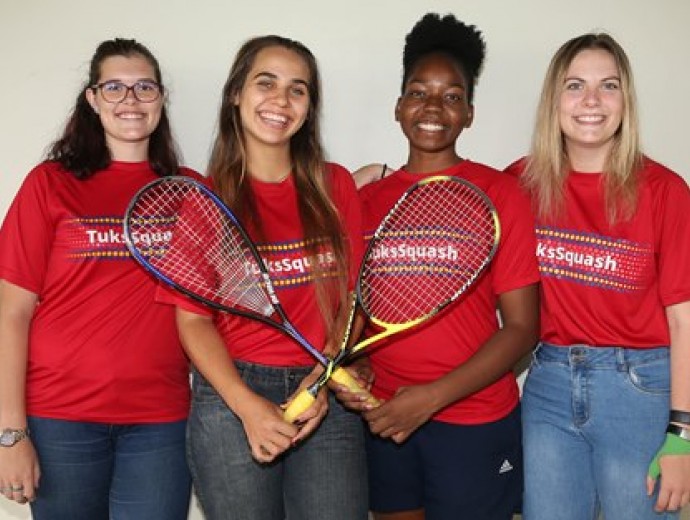