#TuksAthletics: Mokoka will be the one to beat during the Bestmed Tuks Marathon

The one thing that will be a done deal on 15 February when Gauteng's top long-distance athletes line up to race the Bestmed Tuks Marathon is that Stephen Mokoka will be on the starters line on time.

Somehow last year the South African 21km record holder misjudged things which led to him starting 30 minutes late. It meant he was not able to defend his title. Mokoka won the inaugural Bestmed Tuks Marathon in 2018 in a time of 2:32:02.

The diminutive runner has a habit of winning races at Tuks. He is a former double champion in the Bestmed Tuks 10km races.

Officially Mokoka talks about only doing a long training run on 15 February as he is preparing for the World Half-marathon Championship on 29 March in Poland.

Last year he produced a historic performance charging through the 60-minute barrier at the Buenos Aires Half-Marathon in Argentina. He was clocked running 59.51. In doing so, he became the first South African to crack the hour mark over the 21.1km distance.

Another highlight last year was finishing 5th in the marathon during the World Championships in Doha.

Mokoka's rivals will make a big mistake if they take his words about taking it easy during the Bestmed-marathon to heart.  He is a real competitor. That becomes abundantly clear when he casually mentions his aim is to run a sub 2 hour 30-minute marathon. If he does, he is guaranteed a top-three finish.

"My goal is to do 75 minute splits over the first 21km as well as the second," explains Mokoka.

According to Mokoka, the Bestmed Tuks marathon is one of his favourite local races.

"From an athlete's perspective, it is one of the fairest races. When you race uphill, it is guaranteed that a few kilometres, later on, you will be running downhill. In the end, everything nicely balances out. The toughest part of the race is after about 24 kilometres when you get to Groenkloof. The climb up on Herbert Baker is quite challenging."

Mokoka views the marathon as an ultimate challenge.

"The biggest mistake you can make is to take anything for granted. The human body easily copes running 33 kilometres, but after that, it gets to be a case of enough is enough. That is when your mind has got to take control."

Tuks Marathon Club's manager, Jet Moses, said the one thing that makes the Bestmed-marathon unique is that is it being a single lap race.

"The average runner at times tends to get despondent if they know they got to 'conquer' the same tough climb twice during a race. The Bestmed Tuks-marathon is also one of the most scenic in Pretoria."

Apart from the marathon athletes also have the option of racing 21km, 10km or 5km. One of the event's highlights is the kiddies 1km. Nothing is ever guaranteed when they line up to run. There is also a wheelchair race. 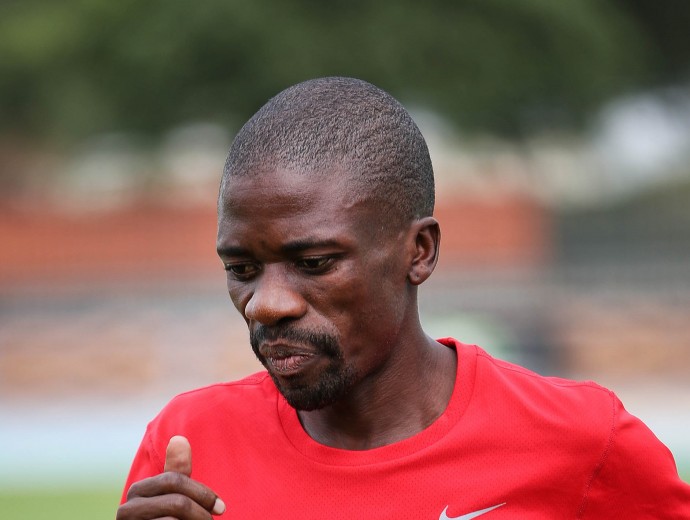