Not many athletes can claim to bring positive change to people’s lives while they are in a constant battle to overcome their own setbacks.
The Tuks mountain biker, William Mokgopo, is one of the unique few who is able to do so. Therefore it should be no surprise that he has been nominated in the prestigious Sports Personality of the Year category for the Gauteng Sports Awards. He is possibly one of the most inspiring athletes.
Mokgopo will think back to 2018 as his Annus horribilis year when it came to racing. At first, things did not start out poorly. He managed to finish a World Cup cross country-race for the first time, completed his sixth Cape Epic. It seemed as if he was destined to have the perfect season, but then he got sick and never really recovered. While doing the interview, he was still continually coughing.
“Up to now, no one could establish what is wrong. Every time I start to train I get sick. It is really frustrating,” said the Tuks rider who represented South Africa at quite a few World Championships.
But just as it seemed as Mokgopo is complaining he changes the topic as the last thing he wants, is to be perceived as being a martyr.
“As athletes, we need to be honest with ourselves as to who we really are. We tend to be selfish when in our prime. Often it is just about what we want. Never taking the feeling or desires of the people around is into account. Only after an athlete has retired, they might think about giving something back.
“I don’t want to be like that. One of my passions is helping to nurture upcoming young athletes.  I grew up in the Diepsloot. When you are from a township, it is literally like being in a box. What you see is what you get. When you are not exposed to the outside world, it can lead to not aspiring too much.  Cycling showed me that there is more to life and forced me to adapt to a life outside of the township. And for that, I will be forever grateful.
“For this reason, I am constantly encouraging youngsters not to give up on their dreams. As far as I am is concerned a life without dreams is a life not worth living. Having a goal does not mean it has to be about being a champion in some sport. It can be in anything. I am equally as passionate about my studies,” explained the BSc Sports Science student.
According to Mokgopo giving back has its own unique rewards.
“Often I get messages from encouragement from the youngsters I am trying to help. They don’t know how much it means to me. It is like extra motivation."
One of the most special moments for Mokgopo was being at a press conference a few years back with a fellow mountain biker, Lebo Pebane, who is also from Diepsloot.
She told the story of how she felt pregnant when 16. At the time it felt to her like her life has come to an end. After giving birth to her baby boy, Pebane received a visit from Mokgopo, who convinced her to return to the sport in which she had been participating since the tender age of 11. His encouragement led to her not only representing South Africa at the Youth Olympic Games. She finished matric and is now studying at the University of Johannesburg.
“I did not realise at the time how much my visit and words meant to Lebo."
The Sports Personality of the Year award winner is determined by public vote. To vote for Mokgopo SMS “Sport 06” to 49497. Voting closes at 17:00 on 2 September.
- Author Wilhelm de Swardt
Published by Leonore Jordaan 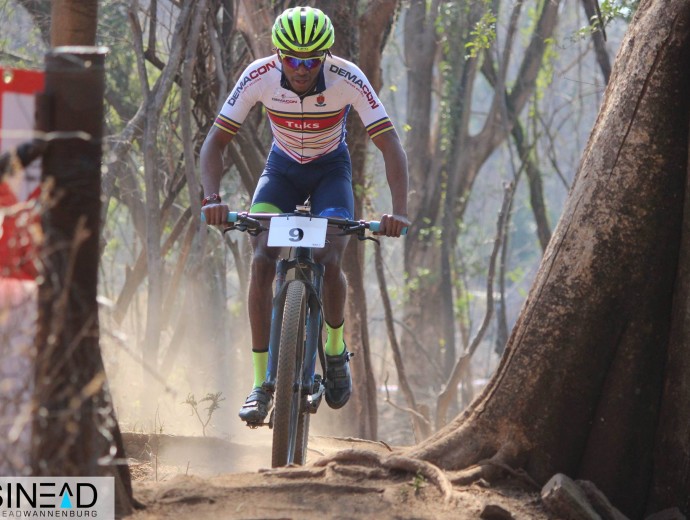