Zander Lombard finally got over the line when he claimed his first Sunshine Tour title after defeating Jake Roos in the first playoff hole of the Vodacom Origins of Golf at Zebula Golf Estate and Spa on Saturday.
Both players had finished on 10-under-par 206 for the tournament, with both shooting 66s in the final round but Roos made a bogey while Lombard’s par was enough to see him through.
“The weather played into my favour today,” he said after his six-under 66 final round. “I got out there early and made a few early birdies and I just kept the ball rolling. But in the afternoon the wind really started picking up but luckily, I came out with the win.”
Going into the final round six shots off the pace set by Daniel van Tonder, Lombard went birdie, par and birdie in his opening three holes, and five pars later, he picked up another birdie to turn in 33.
His back nine was just as solid despite the bogey he made on the tricky par-three 17th. That, however, was insignificant in relation to the four birdies he picked up coming home.
“I was driving it phenomenally this week,” he said of his mindset going into the playoff with Roos whose track record for winning titles on a playoff is there for all to see.
“So, I just hit a fantastic tee shot down the centre of the fairway, hit a pretty easy four-iron into the middle of the green after Jake had to lay up. I was just thinking ‘play the best shot’.”
Having come so close to winning on so many occasions, including the 2016 Joburg Open, Lombard recognises that his was a long overdue victory.
“It’s amazing,” he said, “it’s my first Sunshine Tour victory. It’s been a long time coming because I have had a few close ones but just could not clinch the title. It’s a relief off my shoulders and hopefully, I keep this confidence and momentum going forward.”
Roos’s front nine was a little more solid than Lombard’s as he turned in 31 after making five birdies there.
On the back nine, however, he made only three birdies compared to Lombard’s four, and to make matters even trickier, he dropped shots on the 16th and the 17th.
His stray tee shot forced him to lay up and go for the greens in three and eventually, he would pick up a bogey there which handed Lombard the victory after he made par.
- Author supersport.com
Published by Leonore Jordaan 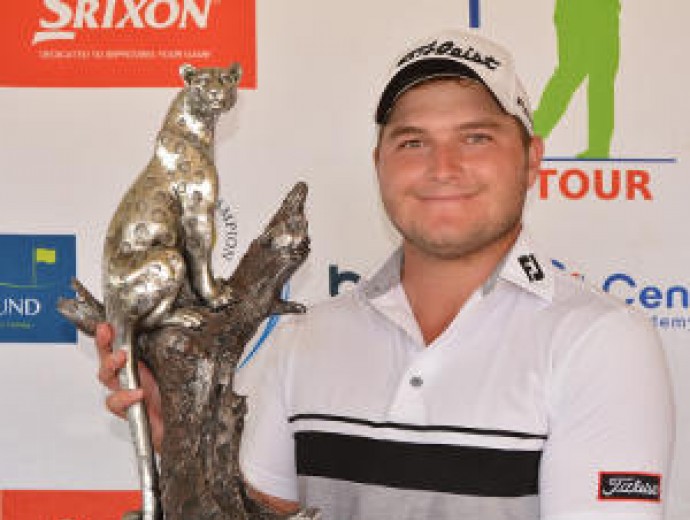