Sunday saw Olympic champion Cameron van der Burgh add the 50-metre breaststroke title to his repertoire in what will be his fifth World Swimming Short-Course Championships.

Van der Burgh won the 50m breaststroke in a time of 26.47 seconds with American-based Brad Tandy posting a qualifying time in his third event at the championships touching second. Tandy stopped the clock in 26.66 with young Cape Town swimmer Michael Houlie claiming third place with 27.27.

Commonwealth Games double gold medalist Tatjana Schoenmaker won her third title at the championships and posted qualifying times in as many events. On Sunday she dipped below the required mark in the 50m breaststroke in both the morning heats and the final in the afternoon. Her winning time of 30.39sec was 0.31sec faster than the required time as she beat Lara van Niekerk (31.12) and Jade Neser (32.28) to the wall.

Ayrton Sweeney added another gold to his collection when he won the 400m Individual Medley gold hitting the wall in a qualifying time of 4min 09.60sec. He finished nearly six seconds ahead of second-placed Ruan Ras (4:15.40) and Damian Mullen, who finished third in 4:20.66. Sweeney had booked his place for the world championships earlier when he posted a qualifying time in the 200m breaststroke.

Splash and dash specialists Tandy and Douglas Erasmus also booked their places for the world championships in the 50m freestyle.

Tandy did it twice on Sunday where he first met the qualifying mark of 21.71 seconds in the morning heats. He then won the final with a time of 21.43 with Zane Waddell finishing second and posting a qualifying time in his third event at the championships. Waddell, who had already posted qualifying marks in the 100m freestyle and 50m backstroke, touched in 21.65 in the 50m freestyle final with Ryan Coetzee finishing third in 21.75.

A Commonwealth Games bronze medallist in Gold Coast, Australia earlier this year, Coetzee qualified for his second event in the preliminary rounds in the 100m butterfly posting a time of 50.97. Coetzee had already pencilled his name for the team in the 50m butterfly earlier in the championships.

He raced to victory in the 100m butterfly final with a time of 51.76 with Alard Basson touching second in 53.34 and Zambian Ralph Goveia finishing third in 53.96. Jacques van Wyk was the third South African clocking 54.37. 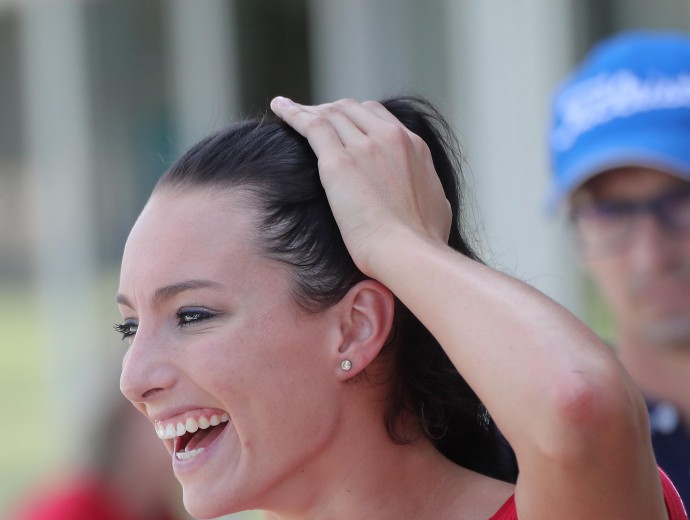