Shange is for now happy with winning silver at African Champs

Lebogang Shange completed his African Athletics Championships medal collection over the weekend in Asaba, Nigeria when he finished second in the 20km race walk.
The HPC-athlete now has a full set of medals having won a gold medal in 2014 in Marrakech and bronze in 2016 in Durban.
Shange is the first to admit that his performance in Asaba was not one of his best, but due to the health issues, he had to overcome he is happy with silver for now.
“I had fun during the race. That was important. The race actually turned out to be quite an exciting affair. Over the last few kilometres, I was involved in quite a titanic battle with Samuel Gathimba (Kenya) and Hassanine Sebei (Tunisia). We really tested each other. Unfortunately, when Gathimba put in that last acceleration, I was not able to stay with him. He deservedly won.”
In the end, the three athletes were only separated by a mere 26 seconds. Gathimba won in 1:25:13 with Shange second in 1:25:24 and Sebei third in 1:25:39.
This season is turning out to be one of definite highlights and disappointments for Shange. In February he won Memorial Jerzy Hausleber 20km race walk in Mexico and looked set to be a medal contender at the Gold Coast Commonwealth Games.
However, it was not meant to be. Before the Games Shange was diagnosed as having an iron deficiency which impacted on his stamina. True to his nature Shange said that he was not going to let it get to him, but in spite of valiant effort, he faded quite severely during the latter stages of the Games race. It was only true grit and determination that enabled him to still finish 9th, nearly four minutes behind the winner, Dane Bird-Smith (Australia).
Still, listless Shange competed at the IAAF World Race Walking Championships in Taicang, China. He tried to make a race of it, but again it was in vain. He finished 15th.
In July he finished second in the 3 000m race walk during the London Diamond League Meeting. He set a new African record finishing in 10:47.08.
Shange plans to race in Switzerland next, but his actual goal will be to peak during the IAAF Multiday-event Around Taihu. It is the last of the Race Walk Challenge events. Last year the HPC-athlete set a new South African record over 10km winning in 39:48 during the competition and ended up finishing second overall.
- Author Wilhelm de Swardt
Published by Leonore Jordaan 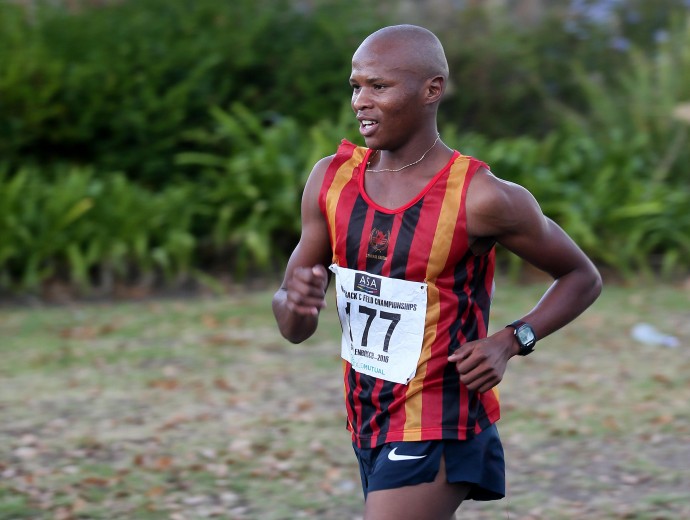