There seems to be no stopping Rikenette Steenkamp at the moment as she keeps on winning when she lines up in Europe to race the 100m-hurdles.
Sunday’s victory during the Athletics World Cup in London means that she has now clocked five consecutive international wins for the season. Even more impressive is that she ran four sub-13 seconds races in succession. Her sub-13s tally stands at six so far. It should be remembered that it was only last year that the Tuks-hurdler managed to dip under 13 seconds for the first time.
“Truly blessed and really grateful,” is the words Steenkamp uses to express how she feels about what she has achieved.
According to Steenkamp, she surprised herself by winning the 100m-hurdles race during the Athletics World Cup.
“I expected it to be a tight race, but then again I tend not to worry too much about whom I am racing against. I only focussed on my race. I don’t remember much of what happened on Sunday. I know I was off to a good start. My next memory is of crossing the finish line and being astonished on realising that I had won.
“My time of 12.88s, the second best of my career is a bonus. It is actually exciting to know that I can run such a fast time at the sea level as I ran my best time of 12.81s at altitude in Switzerland.”
The Tuks-hurdler is going to face her toughest challenge over the weekend when she competes in the London Diamond League Meeting.
“At the moment I got no idea against whom I am racing, but I know the Americans are seriously good. I think there are five or more of them that are capable of running 12.50s and faster but they are not the only ones who are able to do so. So I am under no illusions. London is going to be fast.
"My goal is to make the most of the opportunity. If I get to qualify for the final and run a personal best time, I will be satisfied.”
Steenkamp has so far competed in seven European races, it includes heats. She won five and only on occasion she did not go under 13 seconds. It was during her heat in Copenhagen where she was clocked running 13.19s.
In the two races, she did not win she was second. She has also so far set South African records on two occasions. The first was in Prague where she ran 12.91s. She then went on to run 12.81s in Switzerland.
Last year Steenkamp competed in five races in Europe winning four of them. The only time she did not win was in Ostrava, but that was her breakthrough race. The Tuks-hurdler finished second in 12.99s dipping under 13 seconds for the first time.
- Author Wilhelm de Swardt
Published by Leonore Jordaan 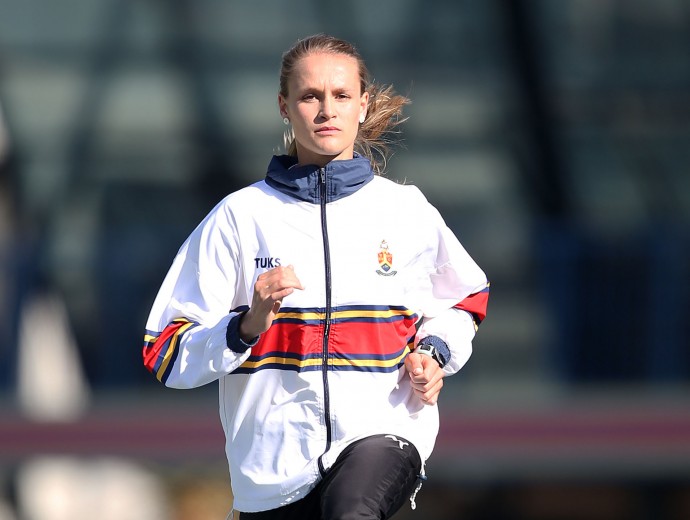