It might not have been the perfect race, but it did not matter, as Sokwakahana Zazini did what he set out to do and that was to win his second title in the 400m-hurdles at a World Championships.
Zazini won the 400m-hurdles yesterday during the IAAF Junior World Championships in Tampere, Finland in 49.42s. Bassem Hemeida (Qatar) was second in 49.59s and Alison Santos (Brazil) third in 49.78s.
The victory means that Zazini has kept his 100% winning record in international age-group races intact. The TuksSport High School learner actually boasts with quite an impressive winning streak in the 400m-hurdles. The last time he lost competing as a youth (under-18) and junior (under-20) was in 2016.
What is also impressive is that Zazini currently boasts with the six of fastest ten times ran by a junior athlete in the 400m-hurdles this season. The Tuks-athlete ran his fastest time during the South African Championships in Pretoria finishing second in a time of 49.32s. Last year as a youth athlete he also ran six of the ten fastest times. Definite highlights were setting a new youth world record clocking 48.84s and winning the 400m-hurdles at the Youth World Championships in Nairobi.
Before the World Junior Championships Zazini went on record stating that he absolutely hates losing and that he will never allow himself to be intimidated. It became abundantly clear during the 400m-hurdles final that he was not just making small talk.
Somewhat surprisingly Zazini ran relaxed for the first half, leaving himself with much to do in the second. Caught in a fierce four-man tussle with just 60 metres remaining, Zazini shifted gears and made up some ground over the penultimate hurdle, but still trailed Hemeida as they approached the last. Hemeida, running the race of his life, showed little sign of slowing. Zazini dug deep and didn't catch him until they were three strides from the finish.
"The competition was really tough, but I'm thrilled with my support team," Zazina said in an IAAF interview. "This is an exceptional and proud moment for me and my country."
As to what might happen in the future Zazini admitted that his hurdling technique is not yet what it should be.
“I am getting better, but I my technique going over the hurdles is not yet as efficient as it can be. There are a few other small things we are also working on. Once I have mastered it all I think there will be no limits as to what I might be able to achieve.”
Zazini hopes to be good enough in 2019 to compete for the first time at the Senior World Championships.
Hennie Kriel who coaches him believes it to be a realistic goal.
“I do not doubt that ‘Socks’ has the makings to become one of the greats of international athletics. He has got the hunger and is a quick learner.  To top it all, he has got big match temperament. For him, it is a case of when the going gets tough the tough get going.”
Asked what his advice to young up and coming athletes will be, the Tuks-athlete answered: “Be prepared to put in the hard work. Don’t ever focus on what others are doing, do your own thing. More importantly is to enjoy what you are doing.”
- Author Wilhelm de Swardt
Published by Leonore Jordaan 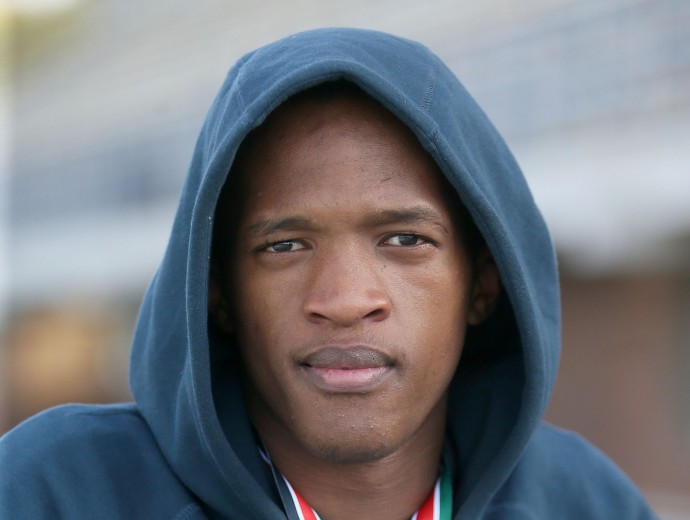