#TuksAthletics: Zazini is confident of winning another gold at the World Championships

If there is one word that Sokwakhana Zazini (TuksSport High School) truly hates it is losing. Taking this into account it won’t be a surprise if he wins the 400m-hurdles at the IAAF World Junior Championships in Tampere, Finland.
He certainly has the credentials to do so. His time of 49.32s is currently the fastest by an under-20 athlete in the world. More importantly is that Zazini has got big match temperament. He never allows himself to be intimidated no matter against whom he is racing or what the conditions are.
According to the Tuks-athlete, he made a conscious mind shift at the beginning of the year.
“I told myself that I don’t consider myself to be a junior athlete anymore. I will race anyone anytime no matter how old they are or what they had achieved. If I get whipped, so be it, I will take it like a man. The only thing that matters to me is that afterwards, I should know that I raced to the best of my ability.”
Many take it as a foregone conclusion that Zazini is going to win a medal at the Championships. A lesser athlete might have felt pressurised but not him.
“I realise that South African sports fans tend to expect something magic, and it is their right to do so. I guess I will just have to handle the pressure. I am quite good at doing so. This I can promise if I feel good I will certainly try and do some magic.”
Hennie Kriel agrees that Zazini could be considered to be the favourite to win the 400m-hurdles, but warns that it would be foolish to take anything for granted.
“So far this season four junior athletes have already managed to dip under 50 seconds which means that ‘Socks’ will have to be on top of his game from the semi-finals onwards. He is definitely in for a tougher challenge than he was during last year's World Youth Championships, but then again he loves a real challenge. I would have liked him to have raced a few more races in Europe, but due to him being in matric it was unfortunately not possible.”
Zazini’s results over the last two years justify his confidence in his own abilities. Last year he did not only set a world youth record running 48.84s at Tuks, but he also won the gold medal at the IAAF World Youth Championships in Nairobi.
A definite highlight was this year’s South African Senior Championships where he finished second in the 400m-hurdles final running 49.32s beating the likes of LJ van Zyl, Cornel Fredericks and Le Roux Hamman who are all former Olympians.
In June in Prague, he competed for the first time in an international 400m-hurdles race. He placed fourth running 49.56s which is so far the second fastest time this year by a junior athlete.
At the South African Junior Championships in Paarl, he won gold in the 400m-hurdles and the 400 metres. His performance in the 400m was something special. He won in a time of 45.86s. In doing so, he became only the second junior athlete to run a sub 46s race. Riaan Dempers was the first running 45.15s in 1994.
Zazini starts competing from Thursday. The final is on Saturday.
- Author Wilhelm de Swardt
Published by Leonore Jordaan 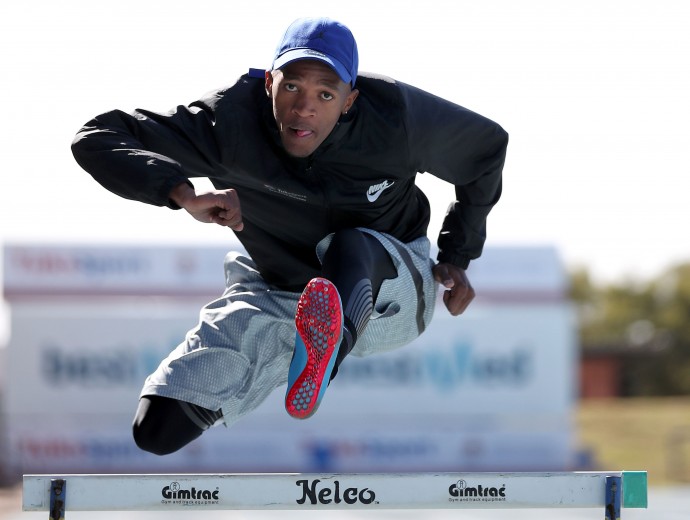