When Silusapho Dingiswayo (TuksSport High School) settles in his starting blocks tomorrow to race the 110m-hurdles at the IAAF Junior World Championships in Tampere, Finland it will prove that where there is a will, there is away.
If somewhat would have asked the Grade 11-learner four years ago whether he thinks he will be good enough to represent South Africa at a World Championships his answer would probably have been no. It would not have been due to a lack of trying.
Dingiswayo comes from a small town in the Transkei. The school’s facilities were according to him nothing to get excited about, but he was never going to allow it to prevent him from pushing his boundaries. He has been running since he can remember.
“I tried playing soccer, but quite early on I realised that I was never going to be any good at it while running defined who I am. Every time I won a race, I had a sense of achievement. At first, I started off trying to do everything, but I quickly realised that I am not a middle distance runner. I tried once racing the 1 500m but nearly died doing so. Sprints were at first my speciality.”
The deciding moment in Dingiswayo’s athletics career was when he realised that there is an event called hurdling in athletics. The moment he saw the athletes doing it he fell in love with the challenge.
The problem for him was that there were no hurdles at the school and nobody understood what hurdling was about. However, that was never going to stop him. Dingiswayo and one of his teachers devised “hurdles” by using desk frames.
“We were not sure what the distance between the hurdles should be. We just counted off some steps. Then I started hurdling doing it over and over.”
It did not take him long to realise that there is more to it than just trying to clear the hurdle as fast as you can. Being the forever student, he resorted to the internet to work and learn what it takes to become better.
“I read up everything I could find and started to watch YouTube videos to see how the champions go about doing things. I especially tried focussing on their different techniques. Then I would go back to my ‘hurdles’ and practise what I have learned.”
Dingiswayo’s dedication eventually paid off. Someone realised he had talent. It led to him becoming part of the TuksSport High School’s athletics program in 2016. Hennie Kriel started coaching him.
According to Kriel he indeed did not have the best of techniques, but he was willing and hungry to learn. To everybody’s astonishment, he won the South African Youth 110m-hurdles title in 2016.
The next year was a difficult as he competed in the junior category which meant he raced over higher hurdles. He still managed to win a bronze medal at the national championships.
This year he won the SA Junior title running 13.57s. Dingiswayo then went on to win gold at the Southern Region Championships clocking 13.56s.
Kriel is of the opinion that at the very least Dingiswayo will come away from the Junior World Championships setting a new South African Junior record which means a time faster than 13.49s.
“What excites me about Silusapho is that he has big match temperament. He loves a challenge as it forces him to push the boundaries."
- Author Wilhelm de Swardt
Published by Leonore Jordaan 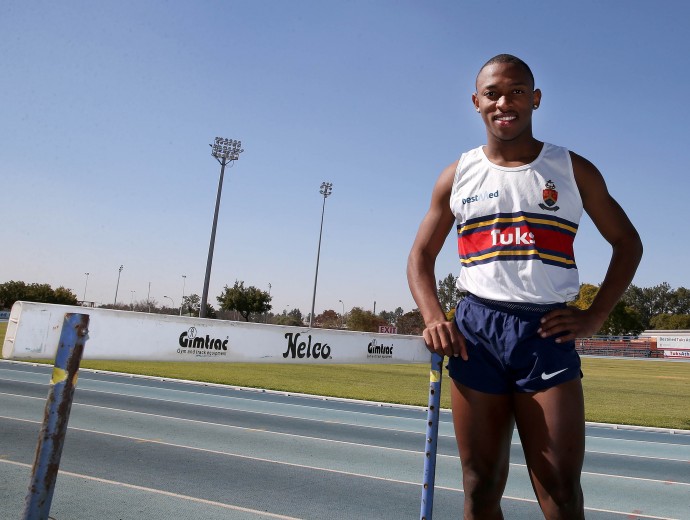