#TuksAthletics: Simbine is in for a tough challenge at the Paris Diamond League Meeting

Whoever wants to win the 100m on Saturday during the Diamond League Meeting in Paris will have to run fast, really fast.
It is a case of ‘who is who’ of the season’s fastest sprinters who will be competing. Michael Rodgers (USA) 9.89s, Ronnie Baker (USA) 9.90s, Bingtian Su (China) 9.91s, Jimmy Vicaut (France) 9.92s, Arthur Cisse (Ivory Coast) 9.94s and Akani Simbine (South Africa) 9.98s have all dipped under 10 seconds.
You know you are in for a tight race if Yohan Blake (Jamaica) is one of two athletes on the starting list not yet to have dipped under 10 seconds. His best time so far for the season is 10.00s. Jeff Demps (USA) with a season’s best time of 10.02s is the slowest in the line-up.
Werner Prinsloo who coaches Simbine is excited about what might happen in Paris especially after the Tuks athlete managed to dip under 10 seconds for the first time last weekend running 9.98s in Madrid. In spite of his fast time in the heats, Simbine was only third in the final in a time of 10.01s.
According to Prinsloo, the result was not an accurate reflection of what Simbine is capable of at the moment.
“If you study the race carefully you will see that Akani cramped twice. The first time was just as he got out of his starting blocks. His suffered a second cramp in his one calve after about 40 metres. It is impossible to recover from a setback like that in the 100 metres. If it did not happen, I am sure he could have won. His winning time could have been close to 9.90s.
“But we accept the result. It is part of the sport. Akani’s performance in Madrid proves we are on track to achieving what we want to and that is to medal at the African Championships. For now, we are not too concerned about running fast times. Everything we do is to ensure that Akani peaks when it matters.”
Thando Roto (Tuks) will on Saturday compete in the 100 metres B-race in Paris. Unfortunately, it seems as if he might not be at his best as he still recovering from flu. Henricho Bruintjies will also be in action.
**Clarence Munyai (Tuks) who astonished everyone when he set a new South African 200m record during the national championships at Tuks running 19.69s will not compete in any race for the rest of the season.
Lee-Roy Newton, his agent, his agent announced on Thursday that Munyai has been working hard to recover from an injury sustained in April and is making good progress, however, his recovery has not been sufficient for him to compete at the level he expects from himself.
“I am incredibly sad and disappointed to have to withdraw from the rest of the 2018 season. But, with feeling pain in my hamstring, my team and I feel it is best to undergo further investigations to find the cause rather than risk further injury by competing. I am fully committed to the process I now need to go through to get fully fit again, and know what will help me through it all, is the thought of being back on track and running fast again next year. Thank you to everyone who has supported me during this difficult time,” said Munyai.
- Author Wilhelm de Swardt
Published by Leonore Jordaan 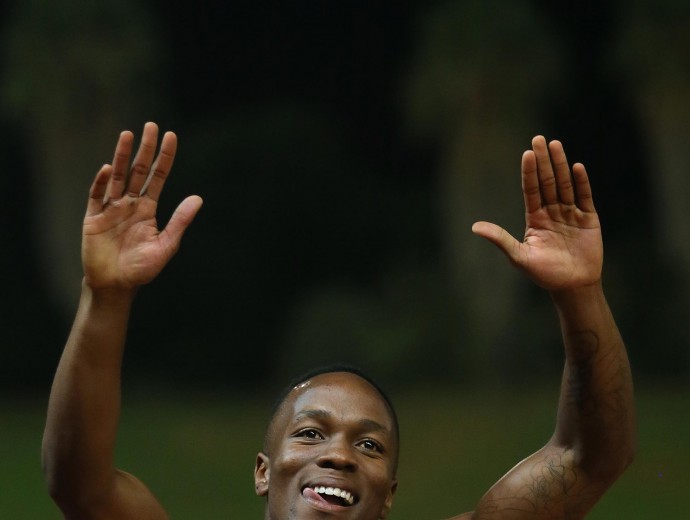