The women’s Comrades-race might just on Sunday play out to be like the fabled race between the hare and the tortoise in which it is not the fastest runner winning but the cleverest.
At 42 years of age Charné Bosman (Nedbank Running Club), Tuks/HPC based athlete is nearing the stage where she is getting to be the “dame” of competitive Comrades racing but that does not mean she will be running to make up some numbers on the road.
Judging by her results so far it would seem as if with age comes running wisdom. Bosman has an outstanding year in which she seemingly can do nothing wrong. She has won the Johnson Crane, Bestmed/Tuks and Deloitte Marathons; was also victorious in the Sunrise Monster 32km, followed by victories in the Bobbies 21km as well the Om die Dam 21km. A definite highlight was winning the Loskop Ultra-race.
Bosman ascribes her success to being able to stick to the plan she has decided on beforehand no matter to what happens on the road.
“Experience made me realise to focus only on what I can control. That is running my race. My rivals must do what they want to do. All that matters to me are when I cross the finish line that I should know that I have given it my all. If I can honestly admit to having done so, I will be satisfied no matter what the outcome is,” said the Tuks/HPC based athlete.
In all probability, some of the women’s favourites will try and make a race of it quite early on during Sunday’s Comrades (Pietermaritzburg to Durban). Don’t expect Bosman to give chase as she fully realises that she could be committing “running suicide”.
For her, it will be all about the plan. In 2016 when she won, she was like “slow poison” on the road. Caroline Wöstmann started out at a record-breaking pace, but Bosman did not allow herself to get fazed.  She continued running at a comfortable speed. Slowly but surely she closed the gap on Wöstmann to take the victory.
Last year Bosman finished third by again just sticking to what works for her. The same happened in 2015 when she was second.
There had been countless discussions on which the more difficult race is; the up-run (Durban to Pietermaritzburg) or the down-run (Pietermaritzburg to Durban). As far as Bosman is concerned, there is not a big difference.
“Competing in the Comrades means you are running 90km. At some stage, the biggest battle is going to be between mind and body as it is not fun running anymore. The challenge is not to let the suffering get to you.”
No matter what happens on Sunday Bosman is confident of being competitive in the Comrades for at least another two years.
“Running has become a way of life for me. When I run, I am truly free. On the road is where I find solutions to personal problems and get new perspectives. Running also energises me. It is hard to imagine a life in which I won’t be running," said the Tuks/HPC based athlete.
- Author Wilhelm de Swardt
Published by Leonore Jordaan 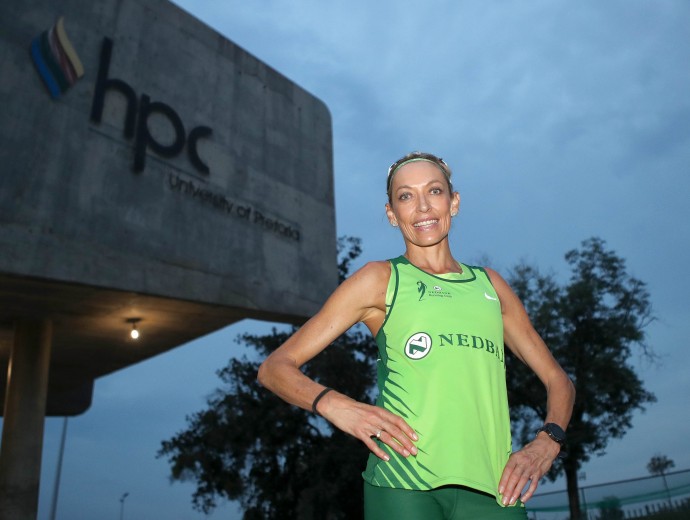