#TuksAthletics: Winning is all that matters to Simbine

To become a dominant force in the 100 metres is the goal the, Commonwealth Games champion; Akani Simbine had set himself for 2018.

That is why tomorrow night when the Tuks sprinter settles in his starting blocks for the start of the 100 metres during the Diamond League Meeting in Rome the only thing that will matter is to win.

“This season we are not obsessed about running specific times. Winning is what matters. But judging by the times, Akani ran during the week in training I won’t be surprised if he dips under ten seconds in Rome. It is a fast track. Two years ago Justin Gatlin (USA) ran 9.75s there.”

The organisers view the 100m race as its headline race and with good reason. The world silver medallist, 60 metres world indoor champion and record holder Christian Coleman will run his first race on Italian soil and will be looking to avenge his recent defeat against his US fellow countryman Ronnie Baker, who defeated him in Eugene.

Simbine’s best time so far this season is 10.03s. It is interesting to note that by this time last year the Tuks sprinter had already run 9.92s and dipped on another five occasions under 10 seconds.

As to not yet having run a sub ten-second race this season, Simbine said: "Normally I would open my season with some real fast times. But I had many conversations, including with Usain Bolt, and they all advised me to save my sub ten-second races for later the season when it matters, and I am planning to do just that.”

Prinsloo said he had not made any serious changes in Simbine’s training program.

“If Akani has a good start, there are very few sprinters who will be able to beat him.  At the moment it is all about marginal gains for him to become a consistent sub 9.90s sprinter. So we have been working on a few small things in his technique.  The nice thing about it not being an Olympic or World Championships year is that we can afford to experiment a bit to see what works and what not.” 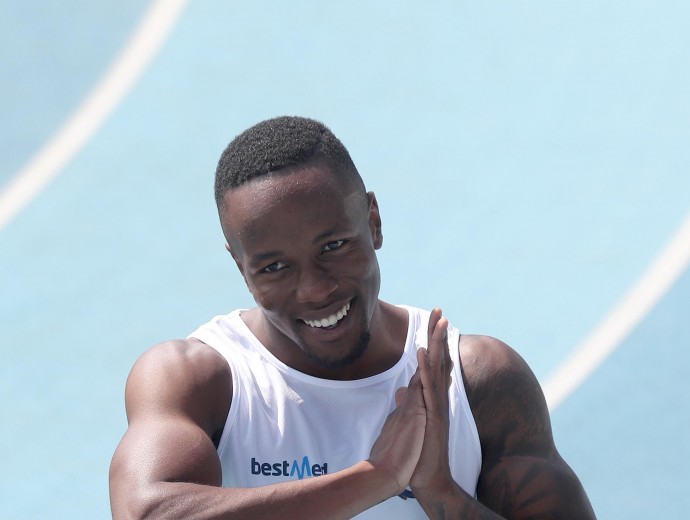