#TuksAthletics: Horn in for a tough challenge at the Doha Diamond League Meeting

Three-hundredths of a second might not sound like a big deal but if you are a sprinter duelling it out against a stopwatch it could feel like forever. Maybe Carina Horn will dip under 11 seconds tomorrow during the 100m at the Diamond League Meeting in Doha.
In March Horn set a new South African record at the national championships running 11.03s. What a lot of fans might not know is that it took her three years to do so. In 2015 she equalled Evette de Klerk’s record time of 11.06s but try as she may she was not able to clock faster times until now. Hopefully, it won’t take another three years to get to 11 seconds.
If ever there was a chance for her to race to a real fast time it will be in Doha as the ‘who is who’ of women’s sprinting is competing. The 100m reigning Olympic Champion Elaine Thompson of Jamaica will go head to head with reigning 200m World Champion and Olympic silver medallist Dafne Schippers of the Netherlands, 2017 world silver medallist in the 100m and 200m, Marie-Josée Tao Lou of the Ivory Coast and fellow country-woman 2018 World Indoor Champion over 60m, Murielle Ahouré.
Thompson proved unbeatable in last year’s Diamond League series as she won every single race to be crowned 2017 Diamond League Champion. She also became the first woman since Florence Griffith-Joyner at Seoul 1988 to do the sprint double at the Rio 2016 Olympic Games.
Rayner Schopf, who coaches Horn, said a fast time would be a bonus.
“Carina will aim to finish amongst the top three. It is going to be tough as she is racing against the world’s best. If she does, it will be mission accomplished as far as I am concerned.”
Schopf conceded that should Horn achieve what she set out to do that there is a realistic chance of her clocking a time faster than 11 seconds.
According to him the injury that kept the Tuks-athlete from competing at the Commonwealth Games is something of the past.
“Her training has been going well over the last few weeks. We have been working on improving a few small things in her technique which hopefully will help enable her to be faster.”
Apart from Horn the other South Africans that are competing tomorrow are Cornel Fredericks (400m-hurdles), Pieter Conradie (400m) and Caster Semenya (1500m).
- Author Wilhelm de Swardt
Published by Leonore Jordaan 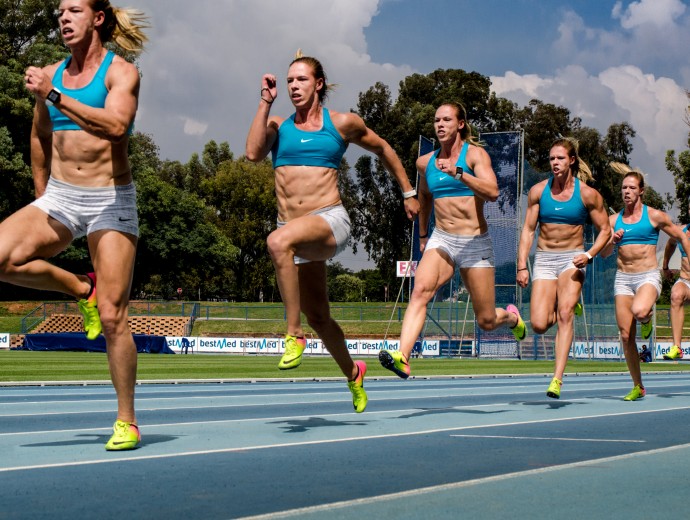